Although relatively uncommon, the precise incidence of mediastinal masses remains unclear due to lack of ubiquity in classification and definition reported in medical literature. Most tend to be benign with approximately 25% found to be malignant.

The mediastinum is the area bordered by the thoracic inlet superiorly, the diaphragm inferiorly and the medial pleural reflections of the lungs. It is divided into three anatomic regions; the anterior, middle and posterior mediastina.

Over half of all mediastinal masses are found in the anterior mediastinum with the remainder split equally between the middle and posterior mediastina. They commonly develop from structures within or passing thorough the mediastinum.

A. What is the differential diagnosis for this problem?

The patient’s age, gender and mass location is key to substantially narrow down the differential.

The most common location for a mediastinal mass is anterior, of which an estimated 35% are thymic malignancies, approximately 25% are lymphomas, 15% are either thyroid or other endocrine tumors, 10% tend to be benign teratomas and another 10% being malignant germ cell tumors, with the remaining 5% usually consisting of benign thymic masses. Less commonly, lipomas, liposarcomas, hemangiomas, fibromas, fibrosarcomas and Foramen of Morgani diaphragmatic hernias can also be found in the anterior mediastinum.

In both males and females over the age of 40, a mass in this location will most likely be a thymoma (~50%). A substernal thyroid goiter would be the next most common, found in roughly 10% – 30% of patients and thereafter, lymphoma, thymic cysts, teratomas and germ cell tumors. In adult women younger than 39 years old, lymphoma (either Hodgkin’s disease or mediastinal large cell non-Hodgkin’s lymphoma) is most common, followed by thymic malignancies and benign teratomas. In men under the age of 39, no one particular mass type predominates.

Middle mediastinum masses are most likely to be lymphadenopathies secondary to metastases or granulomatous diseases, vascular masses, and approximately 20 % are foregut duplication cysts such as pleuropericardial and bronchogenic cysts.

1. Historical information important in the diagnosis of this problem.

Patients usually remain asymptomatic with mediastinal masses; only about one third of adults have symptoms. The masses are commonly discovered on radiographic imaging performed for other reasons. Malignant lesions tend to cause symptoms more than benign lesions.

Symptoms can depend on the location of the mass and subsequent invasion of the local structures or can develop from systemic/paraneoplastic effects of the mass.

Anterior masses can lead to chest pain, dyspnea and orthopnea. One third of thymomas are invasive and hence those patients can experience chest pain, cough or dyspnea as a consequence of mass compression or invasion. Thirty to fifty percent of those with thymomas also have myasthenia gravis so symptoms of weakness, fatigue, ptosis, diplopia and dysphagia can be reported. About 10% of patients with thymoma develop hypogammaglobulinemia and 5% can have pure red blood cell (RBC) aplasia. Thymomas are also associated with autoimmune conditions such as systemic lupus erythematosus, dermatomyositis, polymyositis and myocarditis. Symptoms of thyrotoxicosis and hypercalcemia can arise in the presence of goiters and parathyroid adenomas, respectively.

Patient’s with lymphoma can experience peripheral lymphadenopathy and the typical constitutional B symptoms of fevers, chills, night sweats and weight loss. If the mediastinum is more heavily involved, chest pain, cough, superior vena cava syndrome, phrenic or recurrent laryngeal nerve palsy, cardiac tamponade, pleural and pericardial effusions can occur. In men under the age of 39 years, if these symptoms develop over days to weeks then non seminomatous germ cell tumour or lymphoblastic non-Hodgkin’s lymphoma is most likely. If these symptoms develop over weeks to months, then seminoma or lymphoma is more likely. If a more indolent or asymptomatic course develops, then this group of men will likely have a thymoma or teratoma.

Middle mediastinum masses can also lead to compression of the blood vessels or airways thus causing superior vena cava syndrome or airway obstruction. Bronchogenic cysts lead to symptoms in about 40% of patients, who will complain of cough, chest pain, recurrent respiratory infections or dyspnea. Approximately 70% of pericardial cysts are found in the right cardiophrenic angle and so these patients can present with right heart failure symptoms.

Posterior mediastinum masses can impinge on the esophagus and lead to dysphagia or odynophagia. Other symptoms that patients may complain about include cough, hemoptysis, hoarseness, and wheezing. About 50% of patients with neurogenic tumors are asymptomatic but the remainder can cause back pain and compressive symptoms as they erode into and deform the ventral spinal bodies which they lie in close proximity to.

Posteroanterior and Lateral chest x-rays are usually the first line test performed but computed tomography (CT) scan with intravenous (IV) contrast is the most valuable test for mediastinal masses. Magnetic resonance imaging (MRI) is not routinely done for mediastinal masses, however, neurogenic masses and their intraspinal extension are best evaluated with MRI. MRI is deemed to be the superior modality if differentiation of cystic from solid masses is required and it can delineate thymic hyperplasia from thymoma. Non-contrast MRI is also a viable alternative to evaluate mediastinal masses in patients with contraindications to IV contrast (e.g. renal failure or allergy). In patients who have a prior history of radiation therapy, MRI can better identify scarring from residual disease. The overall added importance of acquiring appropriate imaging is to aid in surgical planning.

However, if a thymoma is suspected then a brain MRI should be performed to evaluate for myasthenia gravis.

Once the CT scan establishes that there is a mass, a biopsy is typically required for pathology. While waiting for biopsy results lab tests can be sent. A complete blood count (CBC), basic metabolic panel (BMP) should be checked. If there is a concern for lymphoma, a uric acid, lactate dehydrogenase (LDH), erythrocyte sedimentation rate (ESR), and alkaline phosphatase should be checked. For teratomas check alpha-fetoprotein (αFP) and human chorionic gonadotropin (β-HCG). About 90% of patients suspected of non-seminomatous germ cell tumors will have a significantly elevated serum α-FP and/or serum β-HCG. Of those with seminomas, α-FP is typically normal with a slightly increased serum β-HCG. To exclude thyroid causes, check thyroid stimulating hormone (TSH); calcium, phosphate and parathyroid hormone levels should also be checked to rule out parathyroid causes.

If evaluation for a parathyroid adenoma is required, given their small size of usually less than 3 centimeters, MRI or Technetium (99mTc) nuclear imaging is more effective.

If all the clinical features and patient demographics fit with typical pathognomonic radiological features, biopsy is not necessarily indicated and one can proceed to treatment. Although when evaluating a lymphoma, tissue must be obtained for staging and treatment planning.

Ultimately a biopsy, either a core needle biopsy or surgical excision, is required for a final diagnosis. As fine needle aspiration limits the amount of tissue available for further subtyping such as immunohistochemistry and flow cytometry, it is not preferred when lymphoma is being considered. If more extensive sampling is required, mediastinoscopy or video assisted thoracoscopic surgery (VATS) would need to be considered.

The treatment of the mass depends on the pathology of the mass. Cysts typically can be observed unless they are causing a significant symptom burden. If the lesion is symptomatic or compressing the heart, then drainage or thoracic surgery can be performed. Teratomas, thymomas and other benign lesions require surgical resection. Depending on the Grade, post-operative radiation therapy may also be administered for Thymomas. Lymphomas, germ cell tumors and other malignant lesions are best treated with chemotherapy under the care of an oncologist. 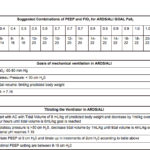