I. What every physician needs to know.

Polyarteritis nodosa (PAN) is a systemic necrotizing vasculitis that predominantly affects medium-sized arteries. It is rare and usually ANCA-negative which is an important distinction in classification as a positive ANCA serology should have one consider other relatively more common medium to small vessel arterititis. Patients typically present with vague systemic symptoms lasting weeks to months, although acute and catastrophic presentations do occur.

Pathogenesis is unclear. In HBV-associated PAN, circulating immune complexes deposited in vessel walls may play a role. Any organ may be involved, although PAN most often affects kidneys, gastrointestinal tract, peripheral nerves, and skin. With treatment PAN has a fairly good prognosis with low relapse rate.

II. Diagnostic Confirmation: Are you sure your patient has Polyarteritis Nodosa?

Early diagnosis is challenging as symptoms are diverse and subtle. Adding to the difficulty is the often relapsing and remitting nature of the disease. There are no specific diagnostic laboratory tests and while imaging studies and biopsies can help confirm diagnosis, these are often difficult to obtain. Thus, PAN remains a clinical diagnosis, often requiring exclusion of other more common diseases.

While not validated to use for the diagnosis of PAN, the American College of Rheumatology has established ten criteria for PAN classification in a patient with known vasculitis. There is a sensitivity and specificity of 82% and 87% respectively when at least three of the criteria are present. They are:

4). Myalgias (excluding that of the shoulder and hip girdle), weakness of muscles, tenderness of leg muscles, or polyneuropathy.

8). Evidence of hepatitis B virus infection via serum antibody or antigen serology

These criteria do not distinguish between microscopic polyangiitis and do not include ANCA testing and thus, ANCA studies should be a part of the initial evaluation as well.

A. History Part I: Pattern Recognition:

Often times, acute events that lead to a diagnosis of PAN are preceded by nonspecific symptoms. Fever, weight loss, fatigue, weakness are the most common symptoms followed by myalgias, arthralgias. PAN can affect any organ (nervous system, GI, renal, skin) although interestingly, has the propensity to spare the lungs (hence, if lungs are involved, consider other vasculitis, i.e., Wegener’s granulomatosis, Churg-Strauss syndrome). In addition to the generalized symptoms noted above, PAN can manifest with organ specific symptoms often related to organ ischemia secondary to arterial occlusions or aneurysms.

Early diagnosis and treatment of PAN are important to prevent worsening organ damage, hence PAN should be suspected in patients with febrile illness, weight loss, fatigue, weakness, and evidence of multiple organ involvement. It is uncommon to progress from involving one organ system to additional organ systems. Specifically, it is uncommon to have only cutaneous involvement at diagnosis that progresses to involve other organ systems if left untreated. Specific systemic manifestations are listed below:

Cutaneous: Can present as tender subcutaneous nodes that are more easily palpated than visualized, livedo reticularis, petechiae, purpura, cutaneous ulcers, and necrosis. Symptoms most commonly occurs in the lower extremities, followed by arms and the trunks. Limb edema is also common.

Renal: The kidneys are the most common internal organ affected. It usually presents with hypertension due to arteritis in the kidneys. Multiple renal infarcts can also develop as well as renal artery aneurysms and subsequent ruptures. Urinalysis is often normal, or if abnormal shows minimal proteinuria or hematuria and rarely red blood cell casts. A finding of glomerulonephritis is not consistent with PAN.

Cardiac: Can present with pericarditis, cardiomyopathy. Overt myocardial infarction is uncommon.

PAN is rare with estimated annual frequency ranging from 4 to 9 per million people in the general population. PAN affects both children and adults. Diagnosis is commonly made in the fifth or sixth decades. There is a 1.5:1 male predominance. There is a strong association with PAN and hepatitis B infections (often called secondary PAN). In some studies HBV has been considered as the cause of PAN in 36% of cases. This association has been further supported in France for example, as studies have shown the incidence of PAN has decreased correlating to the decrease in the incidence of HBV infections. HBV-PAN is likely an early postinfection disease that occurs in most patients during the first year after infection. There are case reports of other infectious agents, such as hepatitis C, HIV, and parvovirus, causing PAN but none of these are as closely associated to PAN as HBV.

Skin: Limb edema is common. Tender subcutaneous nodes that are more easily palpated than visualized, livedo reticularis, petechiae, purpura, cutaneous ulcers, and necrosis. These findings most commonly occur in the lower extremities, followed by arms and the trunks.

Cardiac: Can present with pericarditis, cardiomyopathy.

E. What diagnostic tests should be performed?

Diagnostic tests should be directed by symptoms and clinical suspicion.

Labs as described in next section.

Baseline ECG and CXR may be helpful and also to rule out other causes.

If concern for specific organ involvement, the preferred imaging study is arteriography. For example, abdominal pain concerning for mesenteric vasculitis would prompt you to obtain mesenteric arteriography.

If possible, diagnosis should be confirmed by a tissue biopsy of an affected organ. Liver and kidney biopsy are often times not the preferred site of biopsy as there is a higher risk of hemorrhage from arterial rupture.

1. What laboratory studies (if any) should be ordered to help establish the diagnosis? How should the results be interpreted?

2. What imaging studies (if any) should be ordered to help establish the diagnosis? How should the results be interpreted?

Chest radiograph can be used to exclude other disease that has greater propensity for lungs.

Mesenteric or renal arteriography can help with diagnosis. Computed tomography (CT) and magnetic resonance imaging (MRI) with contrast can be considered if unable to perform an arteriography. If contrast is contraindicated (i.e., renal failure), can consider MR with time-of-flight to evaluate for CNS vasculitis. This modality will not work to evaluate the mesenteric vessels due to motion artifact associated with peristalsis. A non-contrast CT may show evidence of aneurysms if these are wide enough; however, a non-contrast study would not be able to evaluate for inflammation.

The most well-known angiographic feature is the presence of microaneurysms in medium or small arterities. Arterial occlusive lesions are also a feature. These are predominantly in the visceral arteries. PAN is diagnosed if there are these findings even without histological confirmation.

F. Over-utilized or “wasted” diagnostic tests associated with this diagnosis.

Certain forms of vasculitis, including PAN, can be assessed using the Five Factor Score (FFS) that was devised in 1996 and revised in 2011 to include only four factors which are age > 65, cardiac symptoms, gastrointestinal involvement, and renal insufficiency defined as a creatinine above 1.7 mg/dL. The 5-year mortality with an FFS score of 0 is 12%, while it is 46% for a score of 2 or greater.

If disease is mild and confined to skin (cutaneous PAN), consider treatment with NSAIDs, like salicylates or colchicine prior to immunosuppressive agents like glucocorticoids or methotrexate.

Mild disease that has no involvement of organ systems (with exception of cutaneous involvement) can start with prednisone at 1mg/kg (max of 60-80 mg daily) then slow taper over months when remission is achieved. If not able to achieve remission, can consider methotrexate, azathioprine, or mycophenolate.

If there is evidence of organ involvement of an FFS score of 1 or greater, then oral cyclophosphamide, 1.5-2mg/kg per day for usually 12 months.

For fulminant or life-threatening disease use intravenous methylprednisolone 15mg/kg and iv cyclophosphamide.

For HBV-PAN, usually 2 weeks of corticosteroids followed by an antiviral agent combined with plasma exchanges. The treatment of the HBV most often leads to remission of the vasculitis.

Immediate management will depend of severity of disease and if there is evidence of organ involvement. If diagnosis is unclear and disease is mild, there is time to complete work up prior to treatment. For severe disease corticosteroids with addition of another immunosuppressant, usually cyclophosphamide is required. If high dose intravenous cyclophosphamide is required, than vigorous hydration with IVF +/- mesna is needed to minimize bladder toxicity. In addition to ordering labs noted above, order pregnancy test prior to cyclophosphamide therapy as this is contraindicated. Also consider fertility counseling in women of child bearing age as cyclophosphamide can cause sterility.

There should be gradual improvements of clinical manifestations although this may take weeks to months.

C. Laboratory Tests to Monitor Response To, and Adjustments in, Management.

Cyclophosphamide is renally cleared. Will need to discuss with pharmacy for adjustments in dose for renal disease. Monitor CBC with differential, renal function every 2 weeks. Urinalysis should be obtained every month.

The patient should have follow up with rheumatology for assessment of therapies. Patients with HBV-PAN should also be co-managed by hepatology. Relapse rates are below 10 percent for HBV-PAN and around 20% for idiopathic PAN.

Patients on prolonged high dose steroids and cyclophosphamide therapy should also be on PCP prophylaxis.

Common side effects of cyclophosphamide include alopecia (40-60%), anemia, leukopenia, hemorrhagic cystitis, nausea, vomiting, sterility. Also there are interactions with other drugs especially those that alter activity of hepatic enzymes which would interfere with metabolism of cyclophosphamide. Common ones include alcohol, phenytoin, allopurinol, and tricyclic antidepressants. Also use caution with anticholinergics which delays bladder emptying which increase risk of bladder toxicity. Combination of cyclophosphamide with succinylcholine may lead to prolonged neuromuscular blockade.

E. Diabetes or other Endocrine issues.

I. Gastrointestinal or Nutrition Issues.

A. Sign-out considerations While Hospitalized.

B. Anticipated Length of Stay.

C. When is the Patient Ready for Discharge.

Stabilization of symptoms although improvements may not be obvious until several weeks later.

Follow up in rheumatology clinic in 1-2 weeks. If HBV-PAN, will also need co-management with hepatology.

1. When should clinic follow up be arranged and with whom.

2. What tests should be conducted prior to discharge to enable best clinic first visit.

3. What tests should be ordered as an outpatient prior to, or on the day of, the clinic visit.

A. Core Indicator Standards and Documentation.

B. Appropriate Prophylaxis and Other Measures to Prevent Readmission. 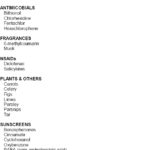