OVERVIEW: What every clinician needs to know

What is the best treatment?

B-lactam antibiotics are the drugs of choice—rapidly bactericidal, several studies indicate worse outcomes in patients with MSSA bacteremia treated with vancomycin versus cefazolin or nafcillin. Nafcillin is preferred over cefazolin for serious infections, such as bacteremia/endocarditis, although the latter is an alternative in the presence of a penicillin allergy. There are case reports describing failures with cefazolin due to the presence of a B-lactamase that hydrolyzes the drug in the setting of a high organism inoculum. Whether there is a clinically significant difference in treatment outcomes between the two drugs remains controversial. For patients with history of IgE-mediated reaction to penicillin or severe, life-threatening allergies, such as angioedema or anaphylaxis, consider penicillin desensitization or vancomycin. See Table I.

What alternative therapies are available?

How do patients contract this infection, and how do I prevent spread to other patients?

What host factors protect against this infection?

What are the clinical manifestations of infection with this organism?

What common complications are associated with infection with this pathogen?

How should I identify the organism?

How does this organism cause disease?

WHAT’S THE EVIDENCE for specific management and treatment recommendations?

Daum, RS. “Skin and soft tissue infections caused by MRSA”. NEJM. vol. 357. 2007. pp. 380-90. (This is a review of the epidemiology of CA-MRSA and the approach to management of its most common clinical manifestation, SSTI.)

Liu, C, Bayer, A, Cosgrove, S. “Clinical practice guidelines by the Infectious Diseases Society of America for the treatment of MRSA infections in adults and children”. Clin Infect Dis. vol. 52. 2011. pp. 285-322. (This source provides evidence-based guidance on the management of MRSA infections with references.)

Powered By Decision Support in Medicine.
Jump to Section
Next post in Infectious Diseases 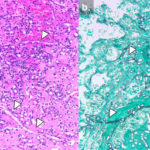