Acetaminophen (APAP) in typical adult doses generally is considered safe for use by pregnant women, eg, up to a maximum of about 3 grams per 24 hours for short-term use such as 1 to 3 days. For longer duration of therapy it may be preferable to encourage a moderately smaller daily dose.

The major adverse effect / toxicity of APAP is hepatotoxicity. After single large overdoses (eg, greater than 150mg/kg po), patients initially may be asymptomatic. Onset of symptoms may not occur until about 24 hours after ingestion and may include nausea, vomiting, malaise, pallor, and diaphoresis. Right upper quadrant pain and/or tenderness may develop. Elevated serum LFTs typically peak at about 72 hours after ingestion. A serum APAP level at 4 hours after ingestion or later can be compared to a nomogram to decide on the need to administer the antidote N-acetylcysteine (NAC) (trade names include Mucomyst po; Acetadote iv).

The fetus is at risk for hepatotoxicity but is not considered to be more at risk compared with maternal risk. Phoning a regional poison center, 800-222-1222, is recommended for additional details of management. Pregnant women with APAP toxicity in the first trimester have an increased risk of spontaneous abortion; in the third trimester there is a risk of fetal hepatotoxicity. Early initiation of NAC is important for decreasing the degree of toxicity.

Pregnant women with major depression are considered to be at more risk for overdose drug ingestion.

To make the diagnosis of acetaminophen overdose, either there is an available history or there is suspicion for ingestion. It is important to obtain an acetaminophen serum level at 4 hours after time of reported ingestion or later if the patient presents at a later time, including up to 24 hours or later. Obtain serum LFTs including ALT, AST, bilirubin, PT, PTT. Depending on the results, these may need to be repeated to assess clinical progression.

A 4-hour serum APAP level less than 150 mg/L generally is interpreted as not requiring use of NAC. ALT /AST elevations more than 3 times upper normal are consistent with early or very mild APAP hepatotoxicity; with severe hepatotoxicity ALT /AST may be 10,000 IU/L or more. A very low serum APAP level but evidence of hepatotoxicity may suggest delayed presentation after ingestion; in such cases treatment with NAC often is indicated since the fetal and maternal risk of NAC is quite low.

A serious but very uncommon complication would be severe maternal hepatotoxicity including hepatic failure requiring liver transplant.Spontaneous abortion or a third trimester premature birth with neonatal hepatotoxicity would be quite uncommon.

Management complications are uncommon. Rarely, too rapid infusion of NAC has led to anaphylaxis thought to be due to disruption of disulfide bonds in circulating proteins

Generally the prognosis is good. There are no known long-term adverse outcomes following recovery from acute single-dose ingestions. Chronic excessive daily ingestion may pose a risk for fetal anatomic abnormalities (eg, renal anomalies) if exposure occurred in the first trimester.

6. What is the evidence for specific management and treatment recommendations 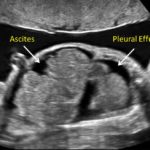