1. What are the indications for surgery in patients with cervical cancer?

There are a number of treatments for patients with cervical cancer, including surgery, radiation and chemotherapy. Treatment is stratified by stage of disease. FIGO stage IA-1, which constitutes microinvasive disease is managed conservatively with either cone biopsy or loop electrosurgical excision procedure in patients desiring to preserve fertility or simple hysterectomy in patients who have completed child bearing.

For women with early stage cervical cancer, radical hysterectomy with bilateral pelvic lymph node dissection is the treatment of choice. Radical hysterectomy may be performed either via laparotomy or a minimally invasive approach, including laparoscopy or a robotic-assisted technique.

For women with small (<2cm) cervical carcinomas who wish to preserve fertility, radical trachelectomy with removal of the cervix, upper vagina and parametrium is a treatment option. Abdominal radical trachelectomy is also a fertility sparing option in patients with stage IB-1 disease and allows for a larger resection of the parametria than the vaginal approach.

Advanced stage disease (stage IIB and higher) is generally not treated with surgery. Concurrent chemoradiation is the preferred definitive treatment for advanced disease in the U.S. based on randomized clinical trials that showed a 30-50% decrease in mortality compared with radiation therapy alone.

2. What is the role of minimally invasive surgery for cervical cancer?

Radical hysterectomy has been considered the treatment of choice in women with early-stage cervical cancer (FIGO stage IB-IIA). It involves an en bloc resection of the uterus, cervix and the surrounding parametria, uterosacral ligaments and upper third of the vagina. Although this procedure generally results in excellent tumor control, with overall survival ranging from 50-90%, it is associated with significant short and long-term morbidity. Postoperative complications include formation of ureterovaginal and vesicovaginal fistulas, ureteral injury or devascularization, lymphocysts, prolonged bladder dysfunction, lymphedema and sexual dysfunction.

Minimally invasive surgery is serving a greater role in the treatment of women with gynecologic cancer and has been utilized in the treatment of cervical cancer. The first laparoscopic radical hysterectomies with para-aortic and pelvic lymphadenectomy were reported in the early 1990s by Nezhat et al and Canis et al.

Subsequently, many groups have reported on the feasibility and safety of this procedure. Ramirez et al., retrospectively evaluated the feasibility and morbidity of total laparoscopic radical hysterectomy and lymphadenectomy between 2004 and 2005. Twenty patients underwent a total laparoscopic radical hysterectomy and lymphadenectomy during this time. Of these cases, none required conversion to laparotomy, surgical margins were free of disease in all cases and all patients were free of the disease at median follow-up of eight months (13).

Although large randomized trials are lacking, numerous other studies show that laparoscopic radical hysterectomy results in lower morbidity rates, including shorter hospital stays, and less postoperative pain and blood loss than open abdominal surgery. Abu Rustum et al. reported a retrospective review of 19 patients with stage IA1-IB1 cervical cancer who underwent total laparoscopic radical hysterectomy with pelvic lymphadenectomy. Both groups were of similar age, body mass index, stage, histology and pelvic lymph node counts. Although the hospital stay and EBL were significantly less in the laparoscopic group, the median operative time was longer for the laparoscopic approach. In this series, two patients required conversion to laparotomy to control parametrial bleeding and repair of a cystotomy. The most common intraoperative complications included cystotomy and iliac vein injury, each of which occurred in five patients.

The U.S. Food and Drug Administration provided clearance for a robotic system for gynecologic surgery in 2005. The first robotic radical hysterectomy was reported in 2006 by Sert and Abler on a patient with stage IB1 cervical cancer. A number of observational studies have suggested that robotic-assisted radical hysterectomy is safe and associated with a reasonable morbidity profile. Kim et al studied 10 patients with stage IA2-IB1 cervical cancer who underwent robotic-assisted radical hysterectomy. The mean operative time was 207 minutes, no ureteral injuries or fistula complications were noted, an average of 27.6 pelvic lymph nodes were dissected and there were no conversions to laparotomy.

An analysis of 1,894 patients who underwent radical hysterectomy between 2006 and 2010 also noted that minimally invasive approaches (both laparoscopic and robotic) were associated with favorable morbidity compared to abdominal radical hysterectomy.

3. What is the role of trachelectomy in the treatment of cervical cancer?

To date, there are no set clinical eligibility criteria for radical vaginal trachelectomy with laparoscopic pelvic lymphadenectomy or radical abdominal trachelectomy. However, numerous studies have proposed the following criteria: FIGO stage IA1 with or without lymphovascular space involvement or FIGO stage IA2 to IB1 without lymphovascular space invasion, desire to preserve fertility, no clinical evidence of impaired fertility, limited endocervical involvement, lesion size 2 cm or less, chest x-ray with no evidence of metastasis and a clinically estimated cervical length of 2 cm or greater. To perform a vaginal trachelectomy, the patient should ideally be more than 4-6 weeks post conization with adequate resolution of acute inflammation and have minimally distorted vaginal anatomy.

Many published studies discuss the complications associated with radical trachelectomy. In one of the largest, published in 2008 by Shepherd and Milliken, 158 patients were treated with radical vaginal trachelectomy and laparoscopic bilateral pelvic lymphadenectomy. Thirteen of 158 patients experienced a perioperative complication (8%). The most frequent complication was ureteric damage incurred during the laparoscopic pelvic lymphadenectomy. Long-term complications occurred in 20% of patients and included amenorrhea, stitch expulsion and dyspareunia.

Many studies have found a low rate of perioperative complications via a minimally invasive and abdominal approach for radical trachelectomy. Complication rates are noted to be similar for both a robotic and laparoscopic approach. The study by Shepherd and Milliken found a recurrence rate of 2.5% for women who underwent a radical vaginal trachelectomy. Many other studies note similar recurrence rates (2.5-4%). The recurrence rates after a minimally invasive approach (robotic and laparoscopic) vary from 0-7%.

Studies examining subsequent pregnancies and obstetrical outcomes after radical trachelectomy are promising. Sonoda et al reported a 79% pregnancy rate. Of these, 36% required assisted reproductive techniques to conceive. Many others have reported pregnancy rates greater than 50%, with subsequent live birth rate between 50% and 70% after a vaginal approach. Pregnancy rates after a laparoscopic approach are variable, ranging from 0-56% in the literature. Studies comparing the laparoscopic and robotic approaches are limited. The most frequent pregnancy complications are miscarriage followed by chorioamnionitis with or without preterm premature rupture of membranes.

4. Which patients are appropriate candidates for minimally invasive surgery for cervical cancer? Are there any guidelines for eligibility?

5. Is minimally invasive surgery efficacious in the treatment of cervical cancer?

6. What are the advantages and disadvantages of the minimally invasive approach in treating cervical cancer?

Although laparoscopy has many advantages as stated in the preceding paragraphs, it also carries some disadvantages. Total laparoscopic radical hysterectomy is one of the most challenging procedures that gynecologic oncologists perform. It requires a significant amount of technical expertise and experience. Laparoscopy often requires that the surgeon stand in an uncomfortable and sometimes, awkward position. Laparoscopy also requires substantially greater upper extremity muscle effort compared with the open surgical technique.

Furthermore, during laparoscopy the surgeon observes a flat, two dimensional image and works with instruments that are non-articulating with reduction in the degrees of freedom, causing a significant decrease in the surgeon’s dexterity, which can also contribute to surgeon fatigue. There is also a significant learning curve associated with laparoscopic surgery.

Advances in the field of robotics have offered a solution to some of the problems associated with traditional laparoscopy. The robotic system allows for precise, rapid and repetitive movements without tremors or fatigue. The robot also shows a 3-dimensional, magnified field and allows 6 degrees of freedom inside the body, which reduces the ergonomic problems associated with traditional laparoscopy. These factors are especially useful in performing a radical hysterectomy, as a tremendous amount of precision and dexterity is required during the procedure. However, there are also some disadvantages to the robotic system. Some of these include a lack of tensile feedback, the increased cost, and the size and complexity of the system.

Powered By Decision Support in Medicine.
Jump to Section
Next post in Obstetrics and Gynecology 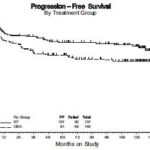