Fetal arrhythmias affect over 2% of pregnancies and include irregularities of the cardiac rhythm, rate or a combination of both. Fetal bradycardia is defined as a sustained fetal heart rate less than 110 beats per minute. Once fetal bradycardia is noted, a quick ultrasound examination of the remainder of the fetus should be performed to confirm normal fetal movement, tone, and amniotic fluid. This will help assess for fetuses in distress requiring urgent delivery.

Sinus bradycardia: atria and ventricles beat at the same rate with electrical impulses originating in the sinus node.

It is essential to differentiate blocked premature beats from AV block because of prognostic and therapeutic implications. The time intervals between consecutive atrial impulses remain relatively constant in AV block versus shortened atrial impulses on every second or third beat in bigeminy or trigeminy.

Congenital heart block: refers to delay or interruption in electric conduction within the AV node, bundle of His or bundle branches. Congenital AV block occurs in approximately 1 in 15,000 live births, 40% of which occur in the setting of underlying structural heart disease (e.g. heterotaxy, corrected transposition of the great arteries). The remaining 60% are caused by immune-mediated connective tissue disorders due to the presence of anti-Ro (SSA) or anti-La (SSB) antibodies. 1-2% of pregnancies with anti-Ro (SSA) or anti-La (SSB) antibodies will be affected by heart block among women who have never had an affected child, with a recurrence risk of about 15% for those who have had a prior affected child.

The diagnosis of fetal bradycardia is established by fetal echocardiogram. Evaluation of the conduction pattern is required to diagnose the particular type of fetal bradycardia. It is also important to obtain certain laboratory studies when working up congenital AV block that may be due to immune-mediated maternal connective tissue diseases.

The above laboratory tests are important in diagnosing congenital AV block due to maternal connective tissue disorders, such as systemic lupus erythematosus and Sjogren’s syndrome. Over 90% of patients with fetuses with immune-mediated congenital heart block will test positive for these antibodies. Only a small minority of these women will actually carry a preexisting diagnosis of connective tissue disease. In rare cases of congenital heart block, maternal antibodies are not identified but may be found years later, and in the remainder of cases the cause is unknown and possibly familial.

The antepartum management must be targeted towards the particular type of fetal bradycardia.

If workup reveals that the fetal bradycardia is a sinus bradycardia due to fetal distress, urgent delivery may be indicated.

Any medical therapy that had been initiated to target the fetus should be discontinued in the postpartum period. Women with underlying connective tissue diseases should follow-up with their primary care physicians or rheumatologists postpartum for the remainder of their medical care.

Complications due to management of fetal bradycardia

Long-term steroid use during pregnancy may increase the risk of gestational diabetes, while beta-sympathomimetic drugs may cause maternal tachycardia.

The prognosis depends on the underlying etiology of the fetal bradycardia, the clinical situation, gestational age and associated structural heart defects. Specifically, the prognosis of heart block is extremely poor when there are major structural cardiac anomalies and/or fetal hydrops. These conditions are associated with an increased risk of intrauterine fetal demise and neonatal demise. Additional predictors of adverse neonatal outcomes include low ventricular rates, cardiac dilatation, tricuspid regurgitation and pericardial effusions. The prognosis for immune-mediated heart block without hydrops is better but children are at risk of requiring pacemakers after birth or later in life.

A patient diagnosed with fetal bradycardia in the setting of a connective tissue disorder is at risk for the long-term complications of these autoimmune disorders, including chronic renal insufficiency, cardiovascular diseases, and neurological problems.

6. What is the evidence for specific management and treatment recommendations

Abuhamad, A, Chaoui, R. “A Practical Guide to Fetal Echocardiography: Normal and Abnormal Hearts”. Lippincott Williams and Wilkins. 2010. (This textbook reviews the practical aspects of fetal echocardiography as well as the interpretation of findings in normal and abnormal hearts. The final chapter on Fetal Arrhythmias includes a section on diagnosis and management of fetal bradyarrhythmias.)

Friedman, D, Kim, M, Copel, J. “Utility of cardiac monitoring in fetuses at risk for congenital heart block: the PR Interval and Dexamethasone Evaluation (PRIDE) prospective study”. Circulation. vol. 117. 2008. pp. 485-93. (The authors performed a prospective study evaluating 98 pregnancies in 95 women with anti-Ro (SSA) antibodies in an attempt to identify early markers and effective therapy for third-degree congenital heart block. They found that prolongation of the PR interval did not precede more advanced block and that third-degree block and cardiomyopathy could occur within a week of a normal echocardiogram and prior to 24 weeks gestation. Therefore, the authors concluded that it was appropriate to perform intense fetal echocardiographic monitoring between 16 and 24 weeks.)

Friedman, D, Kim, M, Copel, J, Llanos, C, Davis, C. “Prospective evaluation of fetuses with autoimmune-associated congenital heart block followed in the PR Interval and Dexamethasone Evaluation (PRIDE) Study”. Am J Cardiol. vol. 103. 2009. pp. 1102-6. (The study was a multicenter, open-label, nonrandomized trial that evaluated the efficacy of dexamethasone in 30 pregnancies involving fetuses with congenital heart block in the setting of anti-Ro (SSA) exposure. The study concluded that complete congenital heart block was irreversible and that the progression of second to third degree heart block occurred despite the use of dexamethasone. The authors considered the potential benefit of steroids in reversing first or second degree block in rare cases but also noted the potential adverse effects of prolonged steroid use.)

Izmirly, P, Kim, M, Llanos, C. “Evaluation of the risk of anti-SSA/Ro-SSB/La antibody-associated cardiac manifestations of neonatal lupus in fetuses of mothers with systemic lupus erythematosus exposed to hydroxychloroquine”. Ann Rheum Dis. vol. 69. 2010. pp. 1827-30. (This case-control study evaluated the risk of cardiac neonatal lupus in fetuses in women with systemic lupus erythematosus exposed to hydroxychloroquine. Using multivariate analysis, the group found that the risk of congenital heart block was lower in fetuses in mothers with lupus and hydroxychloroquine exposure [OR 0.46, 95% CI 0.18-1.18; p=0.10].) 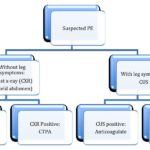