Tuberculosis (TB) is caused by a bacterium called mycobacterium tuberculosis. This microorganism is a highly aerobic, acid-fast staining rod. The bacteria usually infect the lungs, but may infect any part of the body, including the kidney, spine, and brain. If not treated, TB can be fatal.

Nearly one-third of the world’s population is infected with TB. In 2010, 9 million people around the world became infected with TB, and there were approximately 1.4 million TB-related deaths. TB is a leading killer of people who are HIV infected. A total of 11,182 TB cases (a rate of 3.6 cases per 100,000 persons) were reported in the United States in 2010. Both the number of reported TB cases and the case rate have decreased; there was a 3.1% decline in TB cases compared to 2009.

TB is spread through the air from one person to another. The bacteria may become aerosolized when an infected individual coughs, sneezes, or sings. People nearby may breathe in these aerosolized bacteria and become infected. TB is not spread by hand shaking, sharing food or drink, touching bed linens or toilet seats, sharing toothbrushes, or kissing.

Not everyone infected with TB becomes sick. The two TB-related conditions are active TB and latent TB infection.

In the United States, African-Americans, individuals in correctional facilities, and those infected with HIV infected make up a disproportionate share of TB cases.

The Mantoux tuberculin skin test (TST) is the standard method of determining whether a person is infected with M. tuberculosis. The TST is performed by injecting 0.1 ml of tuberculin purified protein derivative (PPD) into the inner surface of the forearm. The injection should be made with a tuberculin syringe, with the needle bevel facing upward.

The TST is an intradermal injection. When placed correctly, the injection should produce a pale elevation of the skin (a wheal) 6-10 mm in diameter. The skin test should be read between 48 and 72 hours after administration. A patient who does not return within 72 hours will need to be rescheduled for another skin test.

The skin test interpretation depends on two factors: measurement of the induration (in millimeters) and the person’s risk of being infected with TB and, if infected, of progression to disease.

See Table I for classification of the TST reaction.

A TB blood test (interferon-gamma release assays [IGRA]) is a measure of how the immune system reacts to M. tuberculosis. This test does not differentiate active from latent TB. The test is based on the observation that white blood cells from most people infected with TB will release interferon-gamma (IFN-g) when mixed with antigens derived from M. tuberculosis. A prior BCG (bacille Calmette-Guerin) vaccination does not cause a false-positive IGRA test result.

Untreated TB represents a greater hazard to a pregnant woman and her fetus than does its treatment. Treatment of pregnant women should be started when the chance of TB is moderate to high. Infants born to women with untreated TB may be of lower birth weight than those born to women without TB and, rarely, the infant may be born with TB. Although the drugs used in the initial treatment regimen cross the placenta, they do not appear to have harmful effects on the fetus.

The treatment of TB in pregnant women should be the same as that in nonpregnant women. The only exception is that aminoglycosides should be avoided in pregnancy, as they are ototoxic to the fetus.

Isoniazid (INH) administered either daily or twice weekly for 9 months is the preferred regimen for treating LTBI in pregnant women. Women taking INH should also take pyridoxine (vitamin B6) supplementation.

Pregnant women should start treatment as soon as TB is suspected. The preferred initial treatment regimen is INH, rifampin (RIF), and ethambutol daily for 2 months, followed by INH & RIF daily or twice weekly for 7 months, for a total of 9 months of treatment. Streptomycin should not be used because it has been shown to have harmful effects on the fetus. In most cases, pyrazinamide (PZA) is not recommended because its effect on the fetus is unknown.

Optimal treatment of HIV-associated TB requires treatment with 2 multidrug regimens, typically 6 months of a 4-drug then a 2-drug regimen, to treat TB and a lifelong 3-drug antiretroviral regimen to reverse the functional immunosuppression that resulted in the development of active TB and to halt the further acceleration of HIV disease induced by active TB. Three recent trials have demonstrated the safety and superiority of initiating ART as soon as 2 weeks after the initiation of treatment for active TB, rather than at intervals of >2 to 6 months later.

Aminoglycosides and the fluoroquinolone antituberculosis drugs are contraindicated in pregnant women. However, the management of multidrug resistant TB (MDR-TB) in pregnancy is complex, and there is limited data on the safety of second-line drugs in pregnancy. In a large retrospective analysis on the treatment of MDR-TB in pregnancy, fluroquinolones were commonly continued while injectable aminoglycosides were generally stopped. Women who are being treated for drug-resistant TB should receive counseling about the risk to the fetus from second-line antituberculosis drug therapy.

Breastfeeding should not be discouraged for women being treated with the first-line antituberculosis drugs because the concentrations of these drugs in breast milk are too small to produce toxicity in the nursing newborn. For the same reason, drugs in breast milk are not an effective treatment for TB disease or LTBI in a nursing infant. Breastfeeding women taking INH should also take pyridoxine (vitamin B6) supplementation.

There appears to be no statistically significant differences in pregnancy complications and pregnancy outcomes in pregnant women diagnosed and promptly treated for TB relative to matched controls who were pregnant and had no TB. Timely and appropriate treatment avoids the higher neonatal mortality rates associated with extreme prematurity in pregnancies with either untreated TB or when treatment is started late in the pregnancy. 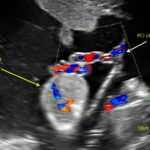