Are you sure your patient has a mood disorder? What are the typical findings for this disease?

Shared features of mood disorders (both depression and bipolar disorder):

3. Associated symptoms: mood change is associated with other non-mood symptoms (referred to “neurovegetative” symptoms because they include changes in body function) – e.g., changes in sleep, attention/concentration, etc.

4. Functional impairment: mood change interferes with child’s functioning at home/family, at school, and with peers.

A. Having at least 1 major depressive episode (MDE) consisting of 5 or more of the following symptoms during the same 2-week (or more) period [including either #1 or #2]:

B. Symptoms cause significant functional impairment at home, school, or peers.

C. Symptoms not directly due to substance use/abuse or medical condition.

D. Can never have had manic or hypomanic episode or psychotic disorder (e.g., schizophrenia).

A. Depressed mood, most of the day, more days than not, for >1 year (children) or >2 years (adults). (Note: children’s mood can be irritable)

E. Not due to substance use/abuse or medical condition.

Disruptive mood dysregulation disorder (DMDD) is a new diagnosis in DSM-5 based on more than 15 years of research designed to address key issues in pediatric bipolar disorder, namely are children with chronic, non-episodic irritability the same or different than children with distinct episodes of euphoric mania, including examination of longitudinal symptom trajectory from childhood to adulthood and neuroimaging findings.

Most importantly, DMDD is not meant to be a replacement for a “mood disorder not otherwise specified” that was eliminated in DSM-5. In particular, DMDD is meant to be among the most specific disorders in DSM-5 and is not a “catch all” for children with irritability. As below – criteria J – DMDD should not be used when children actually have bipolar disorder or autism spectrum disorder or other condition that better explains the chronic irritability.

DMDD is placed in the “depression” section of DSM-5 because those studies suggest that children with DMDD are at high risk of developing major depressive disorder when they are adults (rather than an elevated risk for bipolar disorder).

Important changes in the diagnostic criteria for bipolar disorder moving from DSM-IV to DSM-5 include:

(1) the euphoric or irritable mood change as part of bipolar disorder must be present most of the day, nearly every day (or any duration if hospitalization is necessary) mirroring language from a major depressive episode;

(2) either increased goal-directed activity or energy must also be present during the manic episode;

(3) the former “bipolar disorder not otherwise specified” has been split into two disorders:

A. Distinct period of abnormally elevated, expansive, or irritable mood, and abnormally and persistently increased goal directed activity or energy lasting at least 1 week (or any duration if hospitalization is necessary):

B. During mood disturbance, >3 of following if mood mostly elevated/expansive (aka “euphoric”) OR >4 if mostly irritable:

D. Not due to substance use/abuse or medical condition.

Mood disorders (both depression and bipolar disorder) can be mimicked by:

4. Other related psychiatric disorder (including anxiety disorders or eating disorders)

Not generally indicated unless strong suspicion of medical issues (e.g., early morning headaches/vomiting – suggestive of cerebral tumor rather than primary depression) or associated psychosis that is not mood-congruent (e.g., seems disconnected with psychiatric symptoms) or does not improve with treatment of underlying mood disorder.

If you are able to confirm that the patient has a mood disorder, what treatment should be initiated?

What are the possible outcomes of a mood disorder?

Untreated depression or bipolar disorder can be life-threatening, with high risk for suicide and functional impairment (school, peers, family).

Long-term: For depression, some (but not all) children/adolescents find after 1 year of treatment, it is possible to gradually taper to discontinuation their medications without recurrence/re-emergence of symptoms. For bipolar disorder, this is often a life-long condition, requiring careful adjustment of medication to meet a patient’s symptoms as they grow/develop.

Some say up to 20% of those initially presenting with depression may develop bipolar disorder. So, cautious monitoring for development of mania is warranted in anyone treated for depression.

Bipolar disorder: As above, careful monitoring is required to meet the goals of minimizing/preventing mania or depression, while addressing co-occurring psychiatric disorders, and monitoring/treating any potential side effects of these medications (metabolic syndrome, thyroid dysfunction, etc.).

Despite many claims made on the internet, there is no gene or brain scan that can reliably diagnose either depression or bipolar disorder in children, adolescents, or adults.

How can mood disorders be prevented?

At this time, there is no primary prevention for either depression or bipolar disorder. Children of parents with either condition should be screened periodically, though it is not a 1:1 correspondence of parent with mood disorder = child with mood disorder.

Controversies in Pediatric Bipolar Disorder and Information about

Dickstein, DP.. “The Diagnostic Dilemma: Why We Need to Change How We Diagnose Bipolar Disorder in Children”. Cerebrum. November 2010.

Bipolar disorder: Controversial with regard to diagnosis – including how to establish the diagnosis (or rule it out) taking into account issues of development (i.e., distinguishing it from normal mood fluctuations or temper tantrums), and other psychiatric disorders (e.g., ADHD, anxiety, autism-spectrum disorders), and the new DSM-5 DMDD. 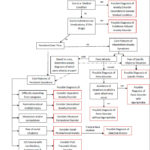