Are you sure your patient has Pancreatitis? What are the typical findings for this disease?

The clinical definition of acute pancreatitis (AP) requires a minimum of TWO of the following THREE features:

1. Acute onset of abdominal pain or tenderness, epigastric in nature, with guarding, associated with nausea and/or vomiting; +/- radiation to the back

Clinical symptoms of epigastric pain or tenderness can be seen with certain gastrointestinal conditions such as peptic ulcer disease or dyspepsia, cholelithiasis, cholecystitis, intestinal obstruction, or pancreatic malignancies. Non-GI conditions include renal colic.

Laboratory findings of an elevated amylase or lipase can be seen with enteritis or intestinal ischemia, sialadenitis, biliary tract disease, and renal insufficiency (due to decreased clearance).

Background: Understanding pathophysiology of the pancreas

The main parenchymal cell of the pancreas, the acinar cell, secretes pancreatic enzymes, notably pancreatic proteases in their inactive, or zymogen, form. These proteases are normally activated only when they reach the duodenum and are exposed to enterokinase along the intestinal brush border. In the physiologic state, these enzymes allow for proper digestion of nutrients.

In the pathologic state (e.g., due to a pancreatic insult), these enzymes are prematurely activated within the acinar cell, leading to an aberrant rise in cytosolic calcium as well as other downstream events. The pathologic cascade over-activates intra-acinar proteases and is followed by the generation of inflammatory mediators, varying degrees of ischemia, and, in severe cases, autolysis of the pancreas. Multi-organ dysfunction and/or pancreatic necrosis can occur.

Factors which can trigger pancreatitis include:

There are no established clinical algorithms for diagnosing pediatric acute pancreatitis other than establishing 2 of the 3 criteria listed in the first question.

If you are able to confirm that the patient has Pancreatitis, what treatment should be initiated?

Are there some therapies that should be instituted immediately?

Appropriate setting to manage patient: Although some very mild cases can be managed as outpatients, acute pancreatitis usually requires inpatient admission for pediatric patients due to symptoms from abdominal pain and dehydration. The median length of stay for hospitalization is about 4 to 8 days in most large studies. Infants and toddlers spent a significantly greater number of days in the hospital than older children.

With persistent biliary pancreatitis, sphincterotomy and stone extraction should be pursued as soon as possible.

What about longer-term treatment?

Complications can develop: Pancreatic necrosis can be seen within 1-2 weeks after onset of acute pancreatitis. Antibiotics and surgical debridement for confirmed infective necrosis (usually by FNA) are used to manage severe cases. Pancreatic pseudocyts can also develop with chronic pancreatitis and may require drainage if symptomatic. Follow-up ultrasound(s) of the pancreas are indicated to assess for complications when the patient’s clinical course does not improve.

Interval cholecystectomy for biliary pancreatitis can be planned once the patient’s inflammation has subsided.

Pain management: Pain control is one of the most important considerations for patients. Pain can persist beyond resolution of the acute pancreatitis event and may require on-going management.

Enteral nutrition: Benefits have been shown when started early on in disease, although there are disparities between studies over the timing. Some studies suggest early start (less than 24 hrs) and some suggest later start (after 48 hrs). Most studies used NJ tube feeds, but a randomized study from Glasgow suggest slow NG tube feedings are equivalent to NJ tube feedings.

Pain control: There has been debate over choosing morphine sulfate versus meperidine in the acute setting. In theory, MSO4 can cause Sphincter of Oddi spasm, but clinically this has not been a significant problem. Additionally, meperidine metabolites can accumulate when given on a standing basis. Beyond the acute setting, pain can become a chronic problem. NSAIDS and acetaminophen should be tried first-line, but some patients will require narcotics to manage symptoms. Adequate pain control is important to improving quality of life for pancreatitis patients.

Empiric Antibiotics: Empiric antibiotics are not recommended if infection is not proven or not highly suspected.

ERCP: Patients with an obstructed stone will need ERCP to alleviate the impaction. Post-ERCP pancreatitis is a well-known and documented complication. Progressive pancreatitis and cholangitis with persistent stone impaction may outweigh the risk of ERCP-related pancreatitis.

What are the possible outcomes of Pancreatitis?

What will you tell the family about prognosis?

Most pediatric cases are mild and resolve spontaneously. The first episode of unexplained mild acute pancreatitis will likely resolve without sequelae. There is a 20-25% chance of recurrence.

For severe acute pancreatitis most published data comes from adult populations. 10-20% of all patients will develop complications, either local complications (e.g., necrosis or acute collection of fluid) or persistent multi-organ failure (e.g., shock, respiratory failure or renal insufficiency). Overall mortality has declined in the past several decades (range 1-5% of all patients), and pediatrics has significantly less mortality. The Atlanta criteria defines measure of severity (using adult criteria) and is the most established classification system for acute pancreatitis (AP).

Laboratory tests are also used to assess prognosis. These include:

What will you tell the family about risks/benefits of the available treatment options?

Treatment for acute pancreatitis focuses on providing supportive care and reducing complications. There are specific risks with each intervention:

Obstruction can also result from structural causes. Pancreas divisum is an embryologic anomaly resulting from incomplete fusion of the ventral and dorsal pancreas during development. This occurs in 5-10% of the normal population and is the most common congenital anomaly of the pancreas. Most individuals are asymptomatic, but pancreas divisum can be of clinical relevance when obstruction of flow through the minor papilla causes high intrapancreatic dorsal ductal pressure and pancreatitis develops.

Medication or drug exposure can cause pancreatitis (20%)

Despite better detection modalities and increased awareness, there has not been a reduction in the proportion of idiopathic patients with pancreatitis over the past decade.

Pancreatitis can be seen in patients with systemic illnesses. The majority of these cases are related to sepsis and shock. Shock is associated with generalized or localized ischemia and hypoperfusion, causing ischemic pancreatitis.

Abdominal trauma causes an elevation of amylase and lipase levels in up to 20% of trauma cases and clinical pancreatitis in 5% of those cases. Pancreatic injury usually occurs in midline, where the body of the pancreas can be compressed against the vertebral column from external forces. Children are especially susceptible to this type of injury, which comes more from blunt trauma than from penetrating injuries. Blunt injury can crush the gland across the spine, disrupt the pancreatic duct and cause leakage. While usually seen in motor vehicle accidents, sports injuries, and accidental falls, a child presenting with this type of injury should also be considered for child abuse.

Post-ERCP procedure associated-pancreatitis is a rising cause of pancreatitis as ERCP has become more commonly performed in children. The risk is increased with an inexperienced endoscopist. No medications, other than aggressive pre-intervention intravenous hydration, have been shown to prevent post-ERCP pancreatitis.

Pancreatitis associated with infections commonly has a temporal association with a viral prodrome. These cases of acute pancreatitis tend to be milder when compared to biliary pancreatitis, resolve faster and are not prone to recurrent episodes.

Worldwide, ascariasis is a recognized cause of pancreatitis resulting from the migration of worms in and out of the duodenal papillae.

The most common metabolic condition associated with pancreatitis is diabetic ketoacidosis (DKA), which accounts for over half of these cases. Other important conditions include hypertriglyceridemia (serum triglycerides >1000 mg/dL), propionic academia, and hypercalcemia. Hypercalcemia can result from hyperparathyroidism. An aberrant rise in calcium is critical to the early phase of acute pancreatitis, since cytosolic calcium activates intra-acinar zymogens.

Hereditary pancreatitis is autosomal dominant condition with incomplete penetrance (about 80%) and is related to mutations in the cationic trypsinogen gene (PRSS1 gene mutations). Gain of function mutations in this gene cause premature activation of trypsinogen to trypsin. Most cases are of pediatric onset (under 19 years of age) and have an increased risk of pancreatic cancer.

Loss of function mutations in the serine protease inhibitor, Kazal type 1 (SPINK1), increase the risk of developing pancreatitis usually in the setting of another predisposing factor. Thus these mutations are gene modifiers.

Cystic fibrosis transmembrane regulator (CFTR gene mutations) can predispose patients to acute pancreatitis by causing abnormalities of ductal secretion. Classic CF (pancreatic insufficient) patients are not at-risk for pancreatitis. Heterozygous CFTR mutations (pancreatic sufficient) patients are at-risk for pancreatitis, both acute recurrent and chronic. There is wide phenotypic variability among these patients, and, with almost 1000 mutations, it is not entirely clear which variations confer the greatest risk.

Recurrent acute pancreatitis – This is a clinical/phenotypic definition. There must be at least two distinct episodes of AP with complete resolution of symptoms and/or normalization of pancreatic enzyme levels between episodes. Recurrent AP may be an early stage of evolving chronic pancreatitis.

Chronic Pancreatitis – There are on-going consensus statements to define a classification system for chronic pancreatitis. Most describe a progressive inflammatory process with irreversible morphologic changes of the pancreatic parenchyma. Chronic abdominal pain (periodic or constant) is the main challenge for these patients. Exocrine, and rarely, endocrine dysfunction may develop due to destruction of the gland.

Pancreatitis due to cholelithiasis versus sludge – In adults, biliary obstruction is usually due to stones or tumors. In children, 30% of biliary cases are attributed to sludge (microlithiasis). In this setting, there is no clear indication for cholecystectomy in sludge-induced biliary pancreatitis unless the episodes become recurrent.

Autoimmune pancreatitis – This is a poorly defined and rare entity in pediatrics. Adult diagnostic criteria are newly evolving.

Beyond the acute event, AP can lead to secondary multi-system organ dysfunction that persists even as biochemical and clinical resolution of AP occur. This includes ARDS, renal insufficiency, and other effects of cytokine upregulation.

How can Pancreatitis be prevented?

The first episode of acute pancreatitis usually happens without warning. However, there are some important risk factors to be aware of, especially when counseling for prevention of recurrent episodes:

Bai, HX, Lowe, ME, Husain, SZ. “What have we learned about acute pancreatitis in children?”. J Pediatr Gastroenterol Nutr. vol. 52. 2011. (Comprehensive review on the current state of AP in children.)

Enteral versus parenteral nutrition during AP – actual practice differs greatly from evidence in the literature.

Timing for genetic testing for hereditary pancreatitis in pediatrics – Not recommended unless AP evolves into recurrent or chronic pancreatitis. No current cancer survival benefit for screening for HP gene mutations at this time. 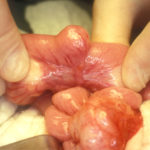