Are you sure your patient has Tourette syndrome? What are the typical findings for this disease?

a) Types of tics:

Tics are readily observed but broadly defined as involuntary, sudden, rapid, repetitive, nonrhythmic movements or vocalizations (phonic productions). They are manifested in an extensive variety of forms, and have different degrees of severity and duration. Both motor and phonic tics are divided into simple and complex categories; simple tics typically preceding the onset of more complex tics.

Complex motor ticsare either a cluster of simple movements, or a more coordinated orchestrated sequence of movements. They may appear purposeful but actually serve no purpose, e.g., touching objects, clapping, hopping, pivoting, copropraxia (obscene gestures), echopraxia (imitating gestures of others), or nonpurposeful, e.g., facial or body contortions, gyrations, or eye rolling. Some complex tics have a more prolonged maintenance of a position (dystonic character).

Fluctuating course: Tics have significant variability over short and long periods of time. Psychosocial stress and adversities have been implicated, but additional studies are necessary to explore their contribution.

Factors associated with tic reduction: Tics are often less frequent when the individual is absorbed in activities, concentrating, emotionally pleased, or during sleep.

Presence during sleep: Although a reduction or complete absence of tics is frequently noted during sleep, polysomnograms of TS subjects have demonstrated an increased rate of tics during all sleep stages.

Voluntary suppressibility. Tics can often be briefly suppressed, although may be associated with a build-up of inner tension that resolves when the tic is permitted to occur.

Suggestibility. Tics may appear during inquiries about specific movements or following observation of a movement or sound (echo phenomena).

Camouflaging of tics. Patients with tics may attempt to disguise a tic as a seemingly purposeful behavior.

Provisional Tic Disorder is a new recommended term established to designate an individual with ongoing fluctuating motor and/or vocal tics that began before age 18 years and have been present for less than one year.

Chronic (motor or phonic) tic disorder (CTD): Diagnosis requires that tics be present for more than 1 year and the individual have either entirely motor or, less commonly, solely vocal tics. Several studies have documented that chronic motor tic disorder represents a mild form of Tourette syndrome.

Tourette syndrome (TS): Requires an onset before age 18; the presence of multiple motor and at least one vocal tic (not necessarily concurrently); a waxing and waning course with tics evolving in a progressive manner; the presence of tic symptoms for at least 1 year; and the absence of precipitating illness (e.g., encephalitis, stroke, or degenerative disease) or tic-inducing medication (e.g., cocaine overdose).

Coprolalia, one of the most distressing and recognizable symptoms, is not required for the diagnosis of TS/TD and is found in only about 10%-20% of patients.

Substance-Induced Tic Disorder requires evidence that the symptoms developed during or within one month of substance intoxication or withdrawal and that there is existing evidence to support the role of the substance in causing tics.

Tic Disorder Due to a General Medical Condition requires evidence that the disturbance is the direct physiological consequence of a general medical condition, such as infection, stroke, trauma, surgery, or neurodegenerative disorders (neuroacanthocytosis, Huntington’s disease).

Non-tic movements that need to be distinguished include those that are drug-induced (akathisia, dystonia, Parkinsonism), stereotypies, or seen in comorbidities such as obsessive-compulsive disorder (OCD), attention deficit hyperactivity disorder (ADHD), impulsive behaviors, and antisocial behaviors.

This scale consists of two components:

The initial steps in dealing with a patient with a tic disorder should include:

a) Documentation of tics and proper diagnostic classification

b) Assessment for comorbid conditions and academic difficulties

d) Evaluation of general health, family history, and prior therapies

The physician must then, in conjunction with the patient, family, and school personnel, determine whether tics or associated comorbidity, e.g., ADHD, OCD, school problems, or behavioral disorders, represent the greatest handicap.

The patient and family should be informed that there is no cure for tics, and all treatment is symptomatic.

The treatment of a child with TS requires a chronic commitment and, at times, a comprehensive multidisciplinary approach.

If you are able to confirm that the patient has Tourette syndrome, what treatment should be initiated?

Indications for and the goal of therapy:

The decision to implement therapy should be dependent on the extent to which tics or other symptoms are interfering with the child’s normal development and education. The mere presence of tics is not an adequate reason to initiate behavioral or pharmacotherapy.

The goal of treatment is to reduce tics to a level where they no longer cause a significant psychosocial or physical disturbance. The goal is not to completely suppress all motor and phonic tic activity.

Relaxation therapy is broadly defined to include a variety of procedures, including progressive muscle relaxation, deep breathing, visual imagery, autogenic training (i.e., repetition of statements suggesting a relaxed state), and producing postures and activities characteristic of a relaxed state. In a randomized, double-blind, placebo-controlled study assessing relaxation techniques, tic severity was reduced in the formally trained group, but improvement was short-lived and not significant.

Habit reversal therapy (HRT) is a multi-component approach in which awareness training is used in combination with either competing response therapy (tensing muscles that are incompatible with the tic) or with the substitution of another more acceptable movement. Several small trials have documented the efficacy of HRT.

2. Obtain an EKG prior to starting typical and atypical antipsychotics (neuroleptics).

3. Monitor efficacy and side effects on an ongoing basis.

4. Use monotherapy whenever possible.

5. Since tics wane in the teenage years, if tics have been well controlled for a reasonable period, consider a gradual medication taper during a non-stressful (e.g., summer vacation) period.

6. Treating physicians should note that although there are a variety of medications utilized, only pimozide and haloperidol are approved by the FDA for tic-suppression.

A two-tiered pharmacotherapy approach is recommended for the treatment of tics:

Tier 2: Typical and atypical neuroleptic medications and others

Medications in this category include the alpha-adrenergic antihypertensive medications clonidine and guanfacine, baclofen, and clonazepam.

Anticonvulsants such as topiramate have been beneficial, whereas results with levetiracetam have been controversial.

Clonidine and guanfacine can be helpful for both tics and ADHD.

The sequence of drug selection in this category often varies among physicians. Pimozide or fluphenazine is preferred to haloperidol because of reduced side-effects.

Of the atypical neuroleptics (risperidone, olanzapine, ziprasidone, quetiapine, aripiprazole), risperidone has been studied most extensively.

Tetrabenazine, a benzoquinolizine derivative that depletes the presynaptic stores of catecholamines and blocks postsynaptic dopamine receptors, may also be effective.

Adverse effects of clonidine and guanfacine include sedation and orthostasis.

Atypical neuroleptics are often associated with weight gain and metabolic abnormalities such as impaired glucose metabolism, dyslipidemia, obesity, and hypertension.

What are the possible outcomes of Tourette syndrome?

Tics have a waxing and waning course, and fluctuation of symptoms is expected.

Maximum tic severity usually occurs between the ages of 8 to 12 years. Studies suggest that tics improve in adolescence or early adulthood (1/3 disappear, 1/3 are better, and about 1/3 continue). There are no good predictors of tic severity or longevity.

The presence of coexisting neuropsychiatric issues has a significant effect on impairment; individuals solely with chronic tics are less impaired than those with comorbidities (OCD, ADHD, mood disorders, etc).

Despite empirical risks and multiple genetic studies, the precise pattern of transmission and the identification of the gene remain elusive. Explanations for the current failure to identify a causative gene include phenotypic heterogeneity, genomic imprinting, bilineal transmission, and gene–environment interactions.

Several investigators have proposed that, in a subset of children, tic symptoms are caused by a preceding β-hemolytic streptococcal infection. This is labeled as pediatric autoimmune neuropsychiatric disorder associated with streptococcal infection (acronym PANDAS). The PANDAS hypothesis remains very controversial, based on its proposed clinical criteria as well as the measurement of antineuronal antibodies and other biomarkers.

How can this disease be prevented?

What is the evidence for management and treatment options?

Table I gives the categories of published experience with pharmacological tic therapy.

Categories of published experience with tic therapy (extent of evaluation):

A. Good supportive evidence for short-term safety and efficacy derived from at least two randomized placebo-controlled trials with positive results.

B. Fair supportive data as evidenced by at least one positive placebo-controlled study.

The use of stimulants in children with tics has been controversial, based on early reports suggesting that stimulant medications had the potential to provoke or intensify tics, an adverse effect that might persist despite medication withdrawal.

More recent studies, however, have repudiated these initial concerns. For example, several investigators have shown that the potential impact of stimulants on the development of tics is minimal or of short duration, and that a definite causal effect is present in very few children.

Additionally, in a multicenter, randomized, double-blind, controlled clinical trial comparing clonidine, methylphenidate, a combination of clonidine and methylphenidate, and placebo in children with tics and ADHD, results showed that both clonidine and methylphenidate were associated with significant improvement in ADHD symptoms. When treatment groups were compared for “worsening of tics,” the rates (20%–26%) did not differ among the groups, including placebo, demonstrating that stimulants did not exacerbate tics.

Alternative medications for the treatment of ADHD in children with tic disorders include the α2-adrenergic agonists clonidine and guanfacine, atomoxetine, desipramine, and nortriptyline. Atomoxetine, a selective norepinephrine reuptake inhibitor, has efficacy for ADHD and has been associated with no change or a minimal reduction in tics. Several placebo-controlled studies have documented the benefit of the tricyclic antidepressant desipramine in children and adolescents with ADHD alone and with TS plus ADHD. 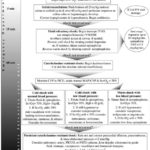