A 62-year-old male underwent a radical prostatectomy for a Gleason 7 (4 of 12 cores positive), prostate cancer, with a preoperative prostate specific antigen (PSA) level of 10.0ng/mL and baseline unremarkable bone/CT scans.

The patient’s postoperative PSA was undetectable for the first 6 months and then was noted to be 0.5ng/mL. The patient opted to postpone adjuvant radiation therapy for fear of impacting his normal voiding and sexual function. Instead, he chose serial PSA surveillance, a rigorous exercise program, and a macrobiotic diet with several over-the-counter supplements.

During his surveillance period of approximately 30 months, with PSA monitoring every 4 months, his PSA level increased, and eventually reached a level of 10ng/mL. Repeat bone scan and CT scans at that time were unremarkable for metastases.

Nonetheless, a decision was made to initiate androgen deprivation therapy, and he received a 4-month luteinizing hormone releasing hormone (LHRH) agonist. A baseline dual-energy X-ray absorptiometry (DEXA) scan was obtained to evaluate bone-mineral density, which was within normal limits. The patient was started on vitamin D and calcium supplements.

Over the course of the next 7 months, the patient’s PSA nadired to 0.2ng/mL and remained stable for the next several years.

At age 69, the patient’s PSA level began to rise again, from 0.22 to 0.52, and then subsequently to 0.9; his PSA remained stable at 2.3ng/mL for several months. Repeat bone scans and CAT scans were negative. The patient received an anti-androgen bicalutamide (50mg) and, for a period of a few months, his PSA level decreased to 1.1. However, after 4 months, his PSA level returned to 2.9. 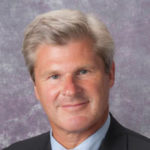