The Oncology Sexual Health Clinic at the Massachusetts General Hospital in Boston, MA, was established in late 2012 and aims to provide resources for patients who experience changes related to sexuality, sexual relationships, and intimacy after a diagnosis and/or treatment for cancer–an  area that has proven to be great need and interest within the oncology community.

A LIVESTRONG survey in 2010, which included over 3,000 cancer survivors, reported that over 60% of respondents had sexual function and satisfaction issues after cancer, making it the third most frequently reported physical concern in this group of patients.1

Case: Joan* is a 65 year old woman with a remote history of ductal carcinoma in situ (DCIS) who was referred to the Oncology Sexual Health Clinic for evaluation of sexual dysfunction. She stated that she experiences severe headaches during sex and that they occur near climax.

The headaches occur regardless of whether she achieved climax alone or with a partner, and the headaches do not occur at any other time. Ultimately, the headaches were severe enough that she had abstained from sexual activity for the past 6 years.

She described the headaches as “crushing”, located in her frontal and temporal regions with radiation down both sides of her face. There were no associated symptoms, and, specifically, she denied tingling or numbness, seizures, or loss of consciousness. Of note, the headaches had not changed in character or occurred with any other physical activities.

As she was no longer sexually active, she was not currently experiencing the headaches, however, she longed for sexual relations and a new partner–something that she had not been able to maintain because of the headaches.

Prior to the onset of symptoms Joan reported a very fulfilling sexual life, without issues of attraction, pain, or orgasm. She denied any conscious precipitating event, including prior histories of physical or emotional abuse, sexual trauma, or other life-altering circumstances.

Her family history was notable for a brother who sustained and succumbed to a subarachnoid hemorrhage 10 years previously.

She had sought medical help when the headaches first started, and underwent radiologic imaging with brain MRI. This was reportedly negative without evidence of prior ischemic events or aneurysms.

In terms of her cancer history, she had been diagnosed with right breast ductal carcinoma in situ 8 years prior, for which she was treated with mastectomy, at which time she also underwent a contralateral prophylactic mastectomy with immediate reconstructions.

She was on no medications and her social history was otherwise unrevealing. On exam she was well-appearing. Her cranial nerve examination and a gross neurologic examination were normal.

Based on Joan’s presentation and description of her pain symptoms, what is most likely her diagnosis?

See next page for full answer and explanation.

Breast Cancer
Next post in From The Advisory Board 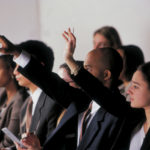