For those who have never attended the Gastrointestinal Cancers Symposium, the meeting is 3 days in length and generally broken up into three components by disease: esophagogastric, hepatopancreaticobiliary, and colorectal cancer.

Each day is filled with its share of oral presentations, poster presentations, and education sessions. You can generally get a good sense of “what’s hot” for each disease based on what attendees are continuing to talk about in the interactive areas of the convention center and dinners around town.

Here is a sampling of which topics generated the most buzz.

New targets were the excitement for the first day of the meeting. Two oral presentations focused on met as a target. Kwon and colleagues reported on a prospective trial of AMG337, an oral met kinase inhibitor.

Of the 10, one patient had a complete response and 4 had partial responses with two having stable disease. The toxicity profile in this subset of esophagogastric cancers was comparable to that previously reported for the cohort as a whole.

In contrast, Shah and colleagues reported on a randomized phase 2 study of FOLFOX with or without the anti-MET antibody onartuzumab as first-line therapy for patients with metastatic esophageal or gastric cancer.

While 123 patients were enrolled and randomly assigned, only 35 were met-positive by immunohistochemistry. There was no improvement in the primary endpoint of progression-free survival (PFS) in either the overall patient population or the met-positive subset.

Taken in sum, the question arises as to why one met-targeting study was positive while the other was negative. Differences in targeting (small molecule vs. antibody) could be one explanation. Certainly differences in defining “met-positive” (whether by gene amplification or IHC) could be another. In either event, met appears to be a potential target and we look forward to future presentations in the enriched patient populations.

As part of a keynote address, Muro and colleagues presented data on their prospective study of the anti-PD-1 antibody pembrolizumab in patients with advanced gastric or GE junction cancer. Of 162 patients screened, 65 (40%) were positive for PD-1, as evidenced by distinctive stromal staining or at least 1% tumoral staining.

Of these 65, 39 enrolled with 2/3 having received at least 2 prior regimens for advanced disease. The response rate was an impressive 22% by central review and 33% by investigator review with a median response duration of 6 months.

Taken together, both MET and PD-1 targeting represent promising pathways to advance the care of our patients with advanced esophagogastric cancer. To date, trastuzumab (anti-HER2 antibody) and ramucirumab (anti-VEGFR2 antibody) are the only two targeted agents approved to treat these diseases.

We eagerly await confirmatory randomized trials to document the benefit of these new pathways. In the meantime, it is reasonable for clinicians to consider testing the tumors of their patients with advanced esophagogastric cancer for expression of these pathways as a mechanism to steer them toward targeted matched clinical trials where appropriate and available.

On the second day, there was significant discussion regarding presentations in three different tumor types within this broad category.

In advanced hepatocellular cancer (HCC), Zhu and colleagues presented a subset analysis of the REACH trial, a randomized phase 3 trial of the anti-VEGFR2 antibody ramucirumab compared with placebo for patients with progressive HCC on sorafenib. The updated analysis focused on a prespecified analysis of 250/565 patients with baseline alpha-fetoprotein (AFP) 400 or greater.

In this subgroup, median overall survival was 7.8 months compared with 4.2 months in the placebo group (HR 0.67, P=0.0059). For the group of patients with AFP 1.5X ULN or greater, survival was similarly improved (8.6 months vs. 5.7 months, HR 0.749, P=0.008). These provocative results suggest that tumors associated with the highest AFP levels benefit the most from ramucirumab.

Whether this is a surrogate for tumors with higher angiogenic factor production or an alternative pathway is unclear. These results will likely be tested in a prospective follow-up study for patients with sorafenib-refractory HCC and elevated AFP.

Phan and colleagues similarly presented a subset analysis, in this case of the CLARINET trial, which was a randomized study of lanreotide compared with placebo for patients with gasteoenteropancreatic neuroendocrine tumors. 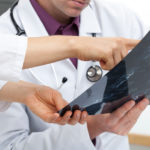