The newly identified genetic variants are located at several positions on human chromosomes and now point the way to potential new avenues of treatment. In addition, these new findings could lead to new methods of early detection screening.

“By better understanding the etiology of pancreatic cancer we can develop treatments or chemo[therapy] prevention agents to target these pathways,” said study investigator Alison Klein, PhD, who is an associate professor of oncology at the Johns Hopkins University School of Medicine in Baltimore, MD.

She said by combining these new genetic findings with data for other pancreatic cancer risk factors it may become possible to identify and screen high-risk groups.

Results of the genomic analysis, which were published online in Nature Genetics, included genetic information from 9,925 patients with pancreatic cancer and 11,569 healthy individuals.1

Dr. Klein and colleagues noted a connection between pancreatic cancer risk and variation in the TP63 gene. Other studies have suggested the TP63 variations are related to lung and bladder cancers as well as other cancers.

“Our work adds to a growing body of evidence suggesting inherited variation in p63 is important in cancer risk. Further studies are needed to understand the mechanism underlying this association.

However, understanding how this variation in p63 acts to increase cancer risk could lead to better treatments or prevention,” Dr. Klein told Cancer Therapy Advisor. 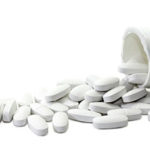