(HealthDay News) — Budget sequestration, which is expected to reduce federal spending, is likely to result in a $120 million loss in grant funding for the nation’s 1,200 community health centers in 2013, according to a report published by the Geiger Gibson/ RCHN Community Health Foundation Research Collaborative.

Noting that in 2011 the nation’s community health centers provided comprehensive primary health care for more than 20 million residents of medically underserved urban and rural communities in more than 8,500 locations, Peter Shin, Ph.D., M.P.H., and colleagues from the George Washington University School of Public Health and Health Services in Washington, D.C., examined the potential impact of automatic budget sequestration in 2013 on the nation’s community health centers.

According to the authors, in the first year of sequestration, the nation’s 1,200 community health centers are anticipated to experience a $120 million loss in grant funding, which is likely to be concentrated in the second half of 2013 and will affect hours and access to services. Losses are likely to be more severe for health centers that serve heavily uninsured populations or serve in states with limited Medicaid coverage and are especially grant dependent. This loss is anticipated to result in about three million fewer patient visits and 900,000 fewer patients served during 2013. In addition, translating sequestration into lost care capacity will also result in lost revenue generation from serving patients who do have some form of health insurance. Spending reductions will also affect support for clinical personnel. 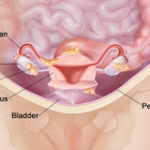