Black women are more likely to experience a delay to follow-up biopsy after abnormal findings on mammography, according to results of a prospective cohort study published in JAMA Oncology.

Researchers evaluated prospective data collected between 2009 and 2019 in the United States for 7 Breast Cancer Surveillance Consortium (BCSC) registries. Differences in time to biopsy after an abnormal mammogram were evaluated on the basis of ethnicity. 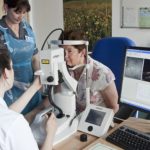