Response to HER3-DXd was associated with increased immune infiltration and suppression of proliferation, regardless of baseline ERBB3/HER3 levels.

These results, from the TOT-HER3 trial, were presented at ESMO Breast Cancer 2022 by Aleix Prat, MD, PhD, of Hospital Clinic Barcelona in Spain.

In part A of the trial (ClinicalTrials.gov Identifier: NCT04610528), Dr Prat and colleagues investigated the biological effects of HER3-DXd in treatment-naïve patients with HR-positive, HER2-negative early breast cancer whose primary tumors measured 1 cm or larger.

The primary endpoint was the change in CelTIL score after 1 dose of HER3-DXd. The CelTIL score is an early marker of drug activity based on the percentage of tumor cellularity and tumor-infiltrating lymphocytes.

The study included 77 evaluable patients. Their mean age was 53 years (range, 29-78 years), 56% were premenopausal, 75% had ductal histology, and 23% had lobular histology. Patients had a median tumor size of 2.1 cm, and 71% of tumors were node negative.

All patients received a single dose of HER3-DXd (6.4 mg/kg). On day 21, a tumor biopsy was performed for correlative analysis.

The study’s primary endpoint was met, as there was a significant increase in CelTIL score after treatment, regardless of baseline ERBB3/HER3 levels. The mean difference in the CelTIL score from baseline to day 21 was +6.8, which was statistically significant (P <.001).

A secondary endpoint was overall response rate (ORR), which was 45%. Of the 28 responders, half achieved a complete response, and half had a partial response.

Another secondary endpoint was PAM50 subtype switching. About 10% of luminal A tumors changed to normal subtype, and more than 50% of luminal B tumors switched to luminal A.

Treatment-emergent adverse events (TEAEs) were generally grade 1 (91%) or grade 2 (56%) in nature, though 14% of patients had grade 3 or higher TEAEs.

TEAEs of grade 3 or higher included diarrhea (1%), decreased neutrophil count (8%), and an increase in alanine aminotransferase (3%). There were no interstitial lung disease events and no deaths reported during the study.

Dr Prat noted that this trial is ongoing and currently recruiting patients with early-stage triple-negative breast cancer for part B.

Disclosures: This research was supported by Daiichi Sankyo. Some study authors declared affiliations with biotech, pharmaceutical, and/or device companies. Please see the original reference for a full list of disclosures. 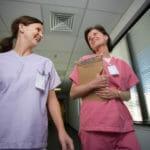