The study authors noted that the current standard first-line chemotherapy regimen for advanced ovarian cancer is carboplatin plus paclitaxel, given every 3 weeks. Older or vulnerable patients commonly receive single-agent carboplatin instead, but this approach has yielded conflicting results.

The study included 120 patients with newly diagnosed, stage III/IV ovarian cancer who had a Geriatric Vulnerability Score of 3 or higher. The patients’ median age was 80 years (range, 70-94 years).

There were 4 treatment-related deaths (5%) in each combination treatment group.

Based on the recommendation of an independent data monitoring committee, the trial was terminated due to the significantly worse survival outcomes associated with single-agent carboplatin.

“Despite relatively high toxic effects, a conventional doublet regimen should be offered to all older adult patients with ovarian cancer, irrespective of vulnerability,” the study authors wrote. “Management of vulnerable older patients with ovarian cancer should include, from cancer diagnosis, a personalized plan for oncogeriatric care, including both oncologic and geriatric treatment plans.”

Disclosures: This research was supported by the French National Cancer Institute and the Nordic Cancer Union. Some study authors declared affiliations with biotech, pharmaceutical, and/or device companies. Please see the original reference for a full list of authors’ disclosures. 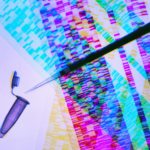