Among Asian Americans, the risk of developing nasopharyngeal carcinoma (NPC) varies substantially across different ethnic groups, according to a new study.

These findings were presented at the 2021 AACR Conference on the Science of Cancer Health Disparities in Racial/Ethnic Minorities and the Medically Underserved by Alice Lee, PhD, of California State University in Fullerton.

Dr Lee and colleagues examined data from nearly 9700 patients with invasive NPC diagnosed between 1990 and 2014. These patients, about half of whom were Asian Americans, were enrolled in 13 population-based cancer registries in the Surveillance, Epidemiology, and End Results (SEER) Program.

The researchers divided the Asian-American population into 9 ethnic subgroups and compared the incidence of NPC in each subgroup to the incidence in non-Hispanic White individuals.

The researchers observed a significantly higher incidence of NPC in nearly all Asian-American ethnic subgroups, when compared with non-Hispanic White individuals (P <.05). The exceptions were Japanese and Indian/Pakistani individuals.

Dr Lee noted that the increased incidence among Chinese and Laotian Americans was observed for all tumor histologies, but the risk was largely driven by 2 non-keratinizing tumor subtypes.

“This is important since these differences can help inform disease etiology as well as improve prevention efforts. It will be interesting for future research to explore the environmental, behavioral, and genetic factors that may account for these findings,” she added.

Dr Lee noted that 2 factors known to increase the risk of NPC are Epstein-Barr virus and diet, particularly consumption of salt-preserved foods, which is known to be high in Asian populations. However, she said, more research is needed to better understand ethnic-specific risk profiles.

“Regardless, our study highlights the importance of disaggregating Asian-American population data to ensure critical disparities by ethnic subgroups are not missed,” she concluded. 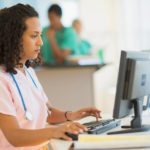