The study offers “new hope” for development of additional treatment options for this frequently aggressive malignancy, according to the study’s authors.

“This study further confirmed the efficacy and safety of apatinib in patients with advanced gastric cancer,” said Jin Li, MD, of the Fudan University Cancer Hospital in Shanghai, China.

A total of 273 patients with advanced gastric cancer for whom second-line chemotherapy had failed were randomly assigned 2:1 to receive placebo (n=92) or oral 850 mg apatinib daily, for 28-day cycles (n=181). Patients who had prior VEGFR inhibitor treatment were not eligible to participate in the study.

Fourteen patients in the placebo group crossed over to the apatinib group after disease progression. 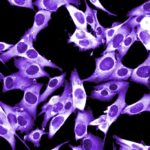