“We found that when caregivers began receiving palliative care support around the time of the patient’s advanced cancer diagnosis, they had less depression (and) perceived themselves to be less burdened by performing caregiving tasks,” said study coauthor J. Nicholas Dionne-Odom, PhD, RN, at the University of Alabama School of Nursing in Birmingham, AL.

He recommended that family caregivers’ needs be incorporated into patients’ advanced-stage cancer care plans, that caregivers be screened for depression as patients near the end of their lives, and that respite services be offered to reduce family caregiver exhaustion.

Family caregivers spend an average of 8 hours per day assisting a patient. At times, their levels of psychological distress can match or even exceed those of patients, Dionne-Odom noted. The new study was the first test of the effects of timing on palliative support benefits for caregivers.

A total of 207 patients with recurrent or metastatic cancer and 122 informal family caregivers received palliative care support on the telephone. One group received support immediately (within two weeks of randomization) and the other received delayed telephone support (12 weeks after randomization).

Advanced practice palliative care nurse coaches delivered a phone-based curriculum called Charting Your Course to patients and caregivers in person, and then followed up at least monthly with support phone calls. The Charting Your Course curriculum encourages creative problem-solving for challenges ranging from diet, exercise and relaxation, to advance care planning, symptom management and building a support network. 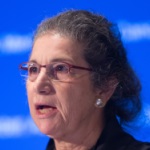 The findings suggest that concurrent oncology palliative care for patients and caregivers should be initiated “as early as possible to maximize benefits to caregivers,” Dionne-Odom said. “The earlier the better.”

“This innovative study demonstrates the need for supporting family caregivers during their loved one’s illness, and the specific benefit of initiating this support sooner than later,” commented Patricia Ganz, MD, FASCO, ASCO Expert. “Improving the mental health and well-being of the caregiver is an essential component of good palliative care.” 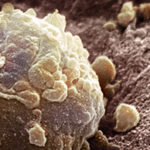