The men were staged <cT3aN0M0, treated with radical prostatectomy (RP) or radiotherapy (RT), and had a PSA relapse, defined as greater than 0.2 ng/mL in those receiving RP or three rising determinations 1 month apart in those treated with RT. Excluded were men who had had ADT in previous 12 months, metastatic disease by CT scan or bone scan, orchiectomy, and symptoms.

The estimated 5-year overall survival was similar between the two ADT timing strategies: 87.2% for deferred ADT compared with 85.1% for immediate ADT.

“Hormone therapy is one of the oldest, most common and most effective treatment approaches in prostate cancer, and these findings will influence the treatment of thousands of patients worldwide,” Peter P. Yu, MD, FASCO, ASCO President-Elect, said in a press release. “This study is also a great example of how less aggressive treatment can sometimes offer patients optimal outcomes while sparing them from side effects that impair their quality of life.”

Dr. Garcia-Albeniz said that these data provide a “preliminary answer.” For the “gold standard,” results are awaited from an ongoing phase 3 trial in Australia, “a collaborative randomized phase III trial: the timing of intervention with androgen deprivation in prostate cancer patients with rising PSA” (ClinicalTrials.gov: NCT00110162). This trial has identical inclusion/exclusion criteria and is using the same therapeutic strategy as the observational study.

This research was supported in part by the National Institutes of Health (P01-CA134294), ASISA, SEOM (Sociedad Española de Oncología Médica) and an independent educational grant from Abbott. 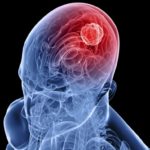