CHICAGO, IL–When is chemotherapy or radium 223 the optimal treatment for men with advanced prostate cancer? That question can pose a challenging decision for a treating physician, but men with more than six bone metastases and men with elevated serum alkaline phosphatase over 220 U/L may receive the greatest benefit, according to an educational session at the 2015 American Society of Clinical Oncology annual meeting in Chicago, IL.

In addition, the STAMPEDE trial, whose result details will be presented this week, showed an improved overall survival with the addition of docetaxel compared with ADT alone.

“The limitation of ADT coupled with the established biologic heterogeneity of prostate cancer plus its adaptation capability provide the rationale for a preemptive multitargeted strategy aimed at a cytotoxic impact,” Dr. Hussain concluded.

Therefore, docetaxel should not be considered as part of first-line treatment for patients with non-castrate metastatic prostate cancer, Dr. Scher contended.

On the other hand, data from the ALSYMPCA trial demonstrates that radium 223 can be effective in both docetaxel-pretreated and docetaxel-naïve patients.

Furthermore, in patients with a serum alkaline phosphatase less than 220 U/L, no increase in overall survival was observed compared with those with a level greater than 220 U/L. Men with more than six bone metastases may also experience a significant survival benefit with radium 223 treatment.

In regard to safety, data showed that docetaxel-pretreated patients receiving radium 223 experienced modestly higher rates of hematologic toxicity and required a higher rate of packed red blood cell transfusion compared with those not previously treated with docetaxel. Docetaxel-pretreated patients also had a higher incidence of nausea and vomiting.

There is currently no data on the tolerability of chemotherapy after treatment with radium 223, but ongoing trials are currently aiming to address optimal treatment sequencing and combinations in patients with advanced prostate cancer.

Editor’s Note: The original version of this article incorrectly referred to rates of hematologic toxicity and a delay in symptomatic skeletal events in docetaxel-naïve patients. The errors have been corrected in this version. 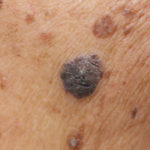 No Survival Benefit from Lymph Node Dissection in Biopsy-Positive Melanoma