“Traditionally, planned neck dissection has been the standard of care for advanced N2/N3 nodal disease,” said Hisham Mehanna, MD, PhD, Chair of Head and Neck Surgery at the University of Birmingham in the United Kingdom. “However, with improved imaging, there has been an improved ability to identify complete responders with surveillance.”

Of those with oral cancer, 75% were p16-positive, meaning their tumors tested positive for the tumor suppressor protein cyclin-dependent kinase inhibitor 2A.

Speaking on patient demographics, Dr. Mehanna said, “There were no major imbalances between the two groups.”

Researchers found that there were no differences between p16-positive and -negative patients. There was also no difference in quality of life between the treatment arms; however, there was a higher proportion of serious adverse events in the planned neck dissection arm than the surveillance arm (P=0.001).

The findings ultimately support the use of PET-CT guided active surveillance in routine practice for patients with locally advanced HNSCC.

Conference Coverage Head and Neck Cancer
Next post in ASCO 2015 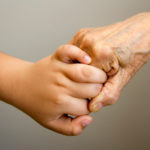