CHICAGO—Although the addition of stereotactic body radiation therapy (SBRT) to nivolumab did not increase toxicity, it did not lead to any improvement in response rates or survival outcomes among patients with metastatic head and neck squamous cell carcinoma (HNSCC), according to an oral presentation at the American Society of Clinical Oncology 2018 Annual Meeting on Friday, June 1.1

Researchers sought to determine whether or not SBRT to a single lesion plus nivolumab would improve abscopal responses (tumor regression in non-irradiated lesions) and other outcomes among this patient population.

In this phase 2 interventional study (ClinicalTrials.gov Identifier: NCT02684253), researchers randomly assigned 53 patients with metastatic HNSCC to receive nivolumab alone every 2 weeks or with SBRT between the first and second doses of nivolumab. The 2 study arms did not have any significant differences in terms of age, EBV/HPV viral status, primary site, or median lines of previous chemotherapy. The median follow-up was 12.8 months.

The authors concluded that “While safe, the addition of SBRT to nivolumab in M1 HNSCC failed to improve ORR, PFS, or OS. This is the first randomized evaluation of the abscopal response in any tumor histology.” 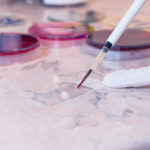