In the study, researchers from the US Food and Drug Administration looked at 10 randomized controlled trials conducted in patients with unresectable or metastatic melanoma treated with targeted kinase inhibitors, immunotherapy, or chemotherapy. (The patients in the study had not previously undergone any other treatment for their condition.)

Based on data from 3778 patients who were evaluable for response, the researchers concluded that a larger depth of response was related to a longer overall survival — irrespective of the therapy that was used.

Among patients with a response of above 75% — spanning categories G4 and G5 — estimated overall survival at 2 years was high, at 69% in the targeted kinase inhibitor group and 92% in the immunotherapy group; however, a number of patients were censored, the presenters noted. And, for patients with at least a 50% depth of response to immunotherapies, PFS appeared to eventually plateau (in contrast to the trend seen in individuals who got TKIs).

Similarly, a greater depth of response was linked to a longer progression-free survival, the researchers found.

“Based on these results, we concluded that that depth of response correlates with both a longer progression-free and overall survival regardless of therapy type,” said study author Christy Osgood, MD, a medical officer at the FDA in Baltimore, Maryland. “Analysis of depth of response may provide a more nuanced prediction of clinical outcome for new therapeutics and combinations for the treatment of metastatic melanoma.” 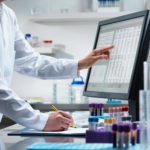