Cancer drugs approved with a breakthrough therapy designation may be more or equally likely to demonstrate high clinical benefit compared with non-breakthrough therapy drugs, according to research presented at the 2019 American Society of Clinical Oncology (ASCO) Annual Meeting in Chicago, Illinois.1

In the study, the authors set out to compare the characteristics and outcomes of clinical trials that support approval of breakthrough- and non-breakthrough cancer drugs. The investigators searched the [email protected] website for the term “cancer drug approvals” appearing between July 2012 and December 2017. The researchers applied the value frameworks and used thresholds of high clinical benefit developed by American Society of Clinical Oncology Value Framework version 2 (ASCO VF-NHB v2; scores ≥45), the ASCO Cancer Research Committee (ASCO CRC; overall survival gains ≥2.5 months, progression-free survival [PFS] gains ≥3 months), the European Society for Medical Oncology-Magnitude of Clinical Benefit Scale version 1.1 (ESMO-MCBS v1.1; grade of A or B for trials of curative intent and 4 or 5 for those of noncurative intent), the National Comprehensive Cancer Network (NCCN) Evidence Blocks (scores of 4 and 5), and the ESMO Scale for Clinical Actionability of Molecular Targets (ESCAT). The investigators compared trial characteristics and value framework scores using Chi squared or Mann–Whitney tests.

In addition, the authors found that the median price of breakthrough drugs was $2,531 more per month compared with non-breakthrough drugs. This difference was statistically significant according to a Mann–Whitney  U test with a P value of .001.

The take-home message is that “advances in our understanding of the molecular and genetic cancer lesions have led to new challenges to the design of clinical trials, with many drugs approved based on surrogate endpoints that not always may benefit patients,” said lead study author Consolación Molto, MD, of Hospital de Sant Pau, in Barcelona, Spain. “The desire to provide earlier access to highly effective drugs should be linked to rigorous confirmatory studies, and robust and transparent criteria for breakthrough designations.” 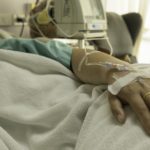