Approaches to treating patients with unresectable melanoma after failure from anti–PD-1 single-agent treatment vary greatly, but using the combination of ipilimumab and nivolumab may result in best outcomes, suggest data presented at the 2019 American Society of Clinical Oncology (ASCO) Annual Meeting in Chicago Illinois.

Moreover, some clinicians still use chemotherapy in such patients even though this approach yields poor outcomes, according to the findings.

In the study, investigators looked at 200 patients in Germany with unresectable metastatic cutaneous or mucosal melanoma who had failed treatment with single agent anti–PD-1 antibody. The researchers examined what treatments the participants received after anti PD-1 failure and what outcomes those treatments yielded. Some of these outcomes were the rate of objective remissions, disease control, and survival.

Progression-free survival was also higher among patients who received the combination of ipilimumab and nivolumab (3.4 months) compared with those who received nivolumab single agent (2.6 months).

The researchers also found that conventional chemotherapy was still used quite often; dacarbazine was used in 33 patients and other chemotherapy regimens were used in 17 patients, but the rate of objective remissions was low, at 6%. In addition, 2 out of 4 patients who received talimogene laherparepvec achieved remission.

“Conventional chemotherapy is still in use, though only giving poor results,” said lead study author Michael Weichenthal, MD, a professor of dermatology at the University of Kiel, Germany. 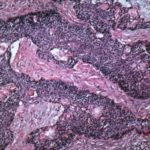