This trend of improved EFS and OS with the VDC/IE strategy was seen across subgroups, which included gender, age, disease type, and tumor volume.

“VDC/IE chemotherapy is superior to VIDE for both EFS and OS, with no excess toxicity,” the study authors concluded. 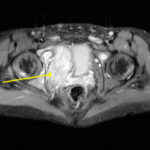