Patients with chronic myeloid leukemia (CML) who achieved a longer deep molecular remission had higher rates of successful treatment-free remission (TFR) after discontinuing tyrosine kinase inhibitors (TKIs), according to research presented in a poster at the 2022 ASCO Annual Meeting.

Investigators analyzed outcomes in 284 patients with CML treated with TKIs between October 1999 and February 2017 who discontinued this therapy for any reason.

The investigators performed univariate and multivariate analyses to identify factors associated with the loss of MMR.

Overall, the patients had a median age of 63 years at TKI discontinuation, and 51% were female. The large majority, 70%, had electively discontinued their TKI, whereas 24% had stopped therapy owing to adverse events; 32% had switched to at least 1 other TKI before discontinuation because of drug intolerance or resistance.

Patients who had continued their frontline TKI until the time of discontinuation had a 5-year TFR rate of 82% vs 75% and 72% for those who had switched to a second-line TKI or beyond owing to intolerance or resistance, respectively (P =.417). TFR rates did not vary significantly based on which TKI had been used frontline (P =.761).

The estimated 5-year TFR rate was 79% for patients who had monthly molecular monitoring after discontinuation compared with 85% for those who were monitored every 6 to 8 weeks (P =.263).

“Our findings suggest that achieving MR4 for 5 years [or more] was associated with a very high probability of maintaining TFR, and that less frequent molecular monitoring could be more cost-effective without any negative impact on outcomes,” the researchers wrote. 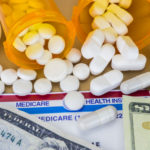