A phase 2 trial found that acalabrutinib monotherapy induced a complete or partial response among more than 50% of patients with relapsed or refractory (R/R) marginal zone lymphoma (MZL). These interim results were presented in a poster session at the 2022 ASCO Annual Meeting.

“MZL is a rare, indolent B-cell lymphoma that is considered incurable after recurrence. Similar to many B-cell malignancies, the pathway involved in the pathogenesis of MZL can be moderated through inhibition of Bruton tyrosine kinase (BTK). Acalabrutinib is a next-generation BTK inhibitor approved for other malignancies. It has previously demonstrated activity in MZL,” explained presenter Lihua Elizabeth Budde, MD, PhD, from City of Hope National Medical Center in Duarte, California.

For this proof-of-concept, open-label phase 2 study (ClinicalTrials.gov Identifier: NCT02180711), patients with confirmed MZL who had received 1 or more prior systemic therapies were treated with 100 mg acalabrutinib twice daily until disease progression or unacceptable toxicity. The primary efficacy outcome was the overall response rate.

Responses were maintained at 12 months among 75.8% of responders, with a median duration of response that was not estimable.

Among the events of clinical interest, the most frequent were infections (34.9%), bleeding (23.3%), cardiac events (14.0%), anemia (14.0%), and neutropenia and neutrophil count decrease (14.0%). There were no cases of atrial fibrillation or flutter, ventricular arrhythmias, or major bleeding.

This study was limited by the open-label design and the lack of a comparator arm.

Dr Budde concluded, “The results of this study support acalabrutinib as a safe alternative therapy and a feasible chemotherapy-free option for patients with R/R MZL.”

Disclosure: This research was supported by ALX Oncology and AstraZeneca. Some study authors declared affiliations with biotech, pharmaceutical, and/or device companies. Please see the original reference for a full list of disclosures. 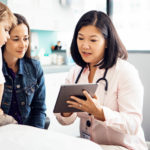