A new study demonstrated that, in treatment-naïve patients with metastatic colorectal cancer (mCRC), intermittent treatment with FOLFIRI and panitumumab was associated with long progression-free survival (PFS) and with less skin toxicity than a continuous treatment approach.

The study results were presented at the 2022 ASCO Annual Meeting by Antonio Avallone, MD, of Istituto Nazionale Tumori Fondazione G. Pascale in Naples, Italy, and colleagues.

In this prospective, open-label phase 2 trial (ClinicalTrials.gov Identifier: NCT04425239), patients with unresectable, treatment-naïve RAS/BRAF wild-type mCRC were randomly assigned to either of 2 study arms, and stratified based on numerous characteristics.

Arm A received continuous treatment with FOLFIRI (leucovorin calcium, 5-fluorouracil, and irinotecan) and panitumumab until disease progression, at which point patients may receive second-line therapy.

Arm B was the intermittent-treatment arm, and patients in this arm received 8 cycles of FOLFIRI and panitumumab with a treatment-free interval afterward. Treatment would resume for 8 cycles if progressive disease occurred off treatment, and this approach persisted unless the patient had progressive disease while on treatment.

Both arms received tumor assessments at 8-week intervals. The primary endpoint of the study was 1-year PFS on treatment (PFSOT).

The median follow-up was 20 months (IQR, 13 to 29), and the median number of treatment cycles per patient was 13 for each arm.

Disclosures: Some authors have declared affiliations with biotech, pharmaceutical, and/or device companies. Please see the original reference for a full list of disclosures. 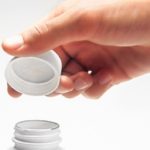