A team of researchers conducted a study to investigate factors that may be related to lack of adherence to oral agents among patients with multiple myeloma.

Wilbur Rutter, PhD, PharmD, of CVS Health in Lincoln, Rhode Island, and colleagues presented the study’s findings in a poster at the 2022 ASCO Annual Meeting.

In this study, Dr Rutter and colleagues performed a retrospective review of records from patients with newly diagnosed multiple myeloma who were receiving treatment with oral agents during the period of September 1, 2016, through September 1, 2020.

Adherence to treatment was the outcome of interest, which was defined as having an annual medication possession ratio of 0.8 to 1.2. The researchers created a socioeconomic status (SES) composite index, which was developed from data obtained at the zip-code level. They performed a multivariable regression analysis of adherence with factors including the SES-index and demographic information.

The multivariable analysis suggested several evaluated factors showed significant, independent associations with adherence. Regarding adherence based on SES-index scores, the researchers considered patients with a very low SES-index to show a significantly lower rate of adherence than seen in patients having a very high SES-index (odds ratio [OR], 0.75; 95% CI, 0.56-1.0). 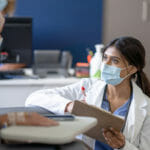