Standardizing treatment for non-metastatic osteosarcoma may eliminate outcome disparities associated with poverty exposure and race/ethnicity, according to research presented at the 2022 ASCO Annual Meeting.

Researchers observed similar event-free survival (EFS) and overall survival (OS), regardless of race/ethnicity or poverty exposure, for young patients treated on the EURAMOS-1 trial. However, survival rates after relapse differed by race/ethnicity.

“[D]espite enrollment on trials, poverty, race, and ethnicity continue to be associated with worse outcomes in several pediatric malignancies, including leukemias, Hodgkin lymphoma, and neuroblastoma. The role of poverty, race, and ethnicity in osteosarcoma trial outcomes has not been investigated,” said study presenter Lenka Anne Skaidrite Ilcisin, MD, of Boston Children’s Hospital.

With this in mind, Dr Ilcisin and colleagues conducted a retrospective study of US patients with non-metastatic osteosarcoma who were enrolled in the EURAMOS-1 trial. The study included 758 patients who were 5 years to 21 years of age.

Neither poverty exposure (household or neighborhood) nor race/ethnicity were significantly associated with EFS (P =.9325) or OS (P =.1398).

However, the post-relapse risk of death was significantly different across the race/ethnicity categories, with NHB patients having the greatest risk of post-relapse death.

“[T]his study, which demonstrates upfront survival equity but disparities in post-relapse care, offers the opportunity to recommit to equity for patients at all stages of treatment,” Dr Ilcisin said. “True equity must be measured not just in terms of survival or relapse, but the effects on patients’ families and the functional, social, and emotional well-being of our survivors.” 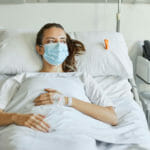