Effective treatment options for patients with FLC are limited, and surgical resection is typically “used extensively with non-curative intent,” according to Ghassan K. Abou-Alfa, MD, of Memorial Sloan Kettering Cancer Center in New York, New York. Although HER2 has been identified as an upregulated signaling pathway in this disease, HER2 inhibitors have not yet been systematically evaluated in FLC. The purpose of this small trial was to evaluate the role of neratinib, both as a monotherapy and in combination with other agents, in patients with FLC.

Among patients in the FLC cohort, the median patient age at baseline was 27.9 years, and 60% of patients were male. The median time from initial diagnosis to study enrollment was 2.5 years. Eighty percent of patients had prior surgery, and 60% had previously received an anticancer medication. FLC was found to be metastatic or locally advanced in 33% of patients.

“Neratinib had limited benefit as a single agent,” Abou-Alfa noted. The clinical benefit rate was 13.3% among patients who received neratinib monotherapy.

Regarding patient characteristics of the individuals treated with neratinib combination therapy, including those who crossed-over from the FLC cohort, the median age at baseline was 26 years and 57% were male. The median number of prior systemic therapies was 0 (range, 4-0).

Overall, the neratinib-based combinations were considered tolerable, with no treatment-related grade 4 or 5 events reported.

Abou-Alfa concluded that although “these are case-limited observations,” they “are critical and worth evaluating further in upcoming clinical trials, given the continued lack of a standard care therapy for patients with FLC.”

Disclosures: Some of the study authors disclosed financial relationships with the pharmaceutical industry and/or the medical device industry. For a full list of disclosures, please refer to the original study. This clinical trial was supported by Puma Biotechnology Inc. 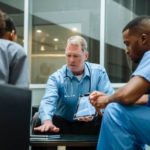