The percent decline in PSA may predict survival outcomes among men with nonmetastatic castration-resistant prostate cancer (nmCRPC) and rapidly rising PSA treated with androgen deprivation therapy and enzalutamide, according to study findings presented at the virtual 2021 Genitourinary Cancers Symposium.

In a post hoc analysis that included 905 patients with nmCRPC who participated in the phase 3 PROSPER trial and were treated with enzalutamide, Maha H. Hussain, MD, of Northwestern Medicine’s Feinberg School of Medicine in Chicago, and colleagues found that median overall survival (OS) and metastasis-free survival (MFS) increased with increasing depth of PSA decline.

Compared with patients whose PSA level declined less than 50% (reference), patients with a PSA decline of at least 50% but less than 90% had a 50.8% and 63.7% reduced risk for death and metastasis, respectively.

“Defining PSA by both percent decline and actual decline below 0.2 ng/mL revealed a previously under-appreciated relationship between these PSA metrics and highlights the importance of PSA nadir as an intermediate biomarker in nmCRPC,” Dr Hussain’s team concluded.

The PROSPER trial enrolled 1401 men with nmCRPC and a PSA level of 2 ng/mL or higher at baseline and a PSA doubling time of 10 months or less. The trial demonstrated that patients treated with enzalutamide had significantly prolonged OS and MFS compared with placebo recipients. Median OS was 67.0 months among the enzalutamide group and 56.3 months among the placebo group.

Disclosure: This clinical trial was supported by Pfizer Inc. and Astellas Pharma, Inc. Please see the original reference for a full list of authors’ disclosures. 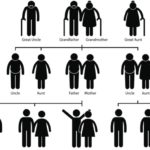