Screening and treatment practices for prostate cancer vary across countries, according to survey results presented at the ASCO Genitourinary Cancers Symposium 2022.

Researchers sent digital surveys to patients with prostate cancer in the United States, the United Kingdom, and Germany to map patients’ experiences and identify challenges in diagnosis, treatment, and other aspects of care.

A total of 15,824 surveys were completed — 5548 in the United States, 5397 in the United Kingdom, and 4879 in Germany. The median age and median Gleason score were similar across the cohorts, and patients were evenly split between rural and urban locations.

The survey also revealed differences in treatment approaches across the countries.

In the US, the most common treatment for nonmetastatic disease was prostatectomy (57%), followed by radiotherapy (40%), hormone therapy (20%), brachytherapy (11%), and chemotherapy (1%).

In Germany, prostatectomy was the most common treatment for nonmetastatic disease (71%). This was followed by radiotherapy (28%), hormone therapy (15%), brachytherapy (7%), and chemotherapy (1%).

Active surveillance was uncommon across the countries, reported in 14% of the UK patients, 9% of the US patients, and 6% of the German patients.

In the US, the most common treatment for metastatic disease was hormone therapy (73%), followed by radiotherapy (59%), prostatectomy (50%), chemotherapy (27%), and brachytherapy (4%).

Hormone therapy was the most common treatment in the UK patients as well (77%). This was followed by radiotherapy (52%), chemotherapy (38%), prostatectomy (19%), and brachytherapy (4%).

These differences in treatment approaches may reflect differences in health care systems, the professional teams involved in care, or other factors that were not measured, according to the researchers.

In future analyses, the researchers plan to assess quality of life, the impact of differences in care delivery, trust in health care professionals, access to information, and involvement with patient advocacy groups. 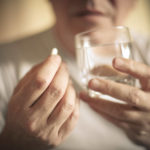