SAN FRANCISCO—Age less than 45 years of age and digital-PCR (dPCR) positivity are significantly associated with relapses in patients with chronic myeloid leukemia (CML) who discontinued treatment with imatinib, results from the Imatinib Suspension and Validation (ISAV) study (Abstract 813) were presented at the 56th American Society of Hematology (ASH) Annual Meeting and Exposition.

For the international, multicenter study, researchers sought to determine whether dPCR could be used to predict relapses following imatinib discontinuation in patients with CML who have negative Q-RT-PCR results. Researchers enrolled 112 patients with CML who were receiving imatinib for more than 2 years and were in complete molecular remission (CMR) for at least 18 months.

Patients must have had at least 3 Q-RT-PCR tests performed prior to the start of the study, and once the study began, each patient had a dPCR performed and discontinued imatinib. Patients then had Q-RT-PCR test performed monthly for the first 6 months following discontinuation and then bimonthly for 36 months.

”After 36 months from the beginning of the study, with a median follow-up of 21.62 months, 48% of patients relapsed, said Carlo Gambacorti-Passerini, MD, of the University of Milano-Bicocca and San Gerardo Hospital in Monza, Italy, while presenting at the meeting.

Among those that relapsed, 73.1% of them relapsed within the first 9 months following imatinib discontinuation. Of those who relapsed, about 35%% lost complete cytogenetic response (CCyR), but CCyR was recovered in all except one patient not tested and one who had a partial response. No patient’s disease progressed.

Dr. Gambacorti-Passerini concluded by noting that different factors are probably involved in determining the outcome, such as residual neoplastic load, biological activity of residual Philadelphia chromosome-positive cells, and the host’s capability to contain them. 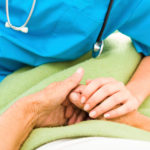