SAN DIEGO — The administration of a frontline, second-generation tyrosine kinase inhibitor (TKI2) in advanced phase-chronic myeloid leukemia (AP-CML) was touted as a medication so beneficial for disease control and survival that it was “probably superior to that of imatinib first-line,” according to an abstract that preceded a presentation by Marie Basalt, MD, Centre Hospitalier Lyon Sud, Pierre Benite, France, at the 2018 American Society of Hematology Annual Meeting and Exposition in San Diego, California.1

The researchers retrospectively examined 66 patients who met the criteria for AP-CML at diagnosis and who had been treated with a TKI2 (nilotinib or dasatinib, 6 mg-800 mg twice daily or dasatinib 100 mg-140 mg once daily) in the first-line setting from 2008 to 2018.

Patients were stratified by type of advanced disease status to allow further analysis; there were 33 patients characterized as having hematological acceleration (HEM-AP) and 33 patients who were found to have additional cytogenetic abnormalities (ACA-AP). Nine patients had criteria for both, but were analyzed as HEM-AP.

HEM-AP was characterized by any of the following features: blasts in peripheral blood (PB) or marrow (15%-29%), or blasts and promyelocytes in PB or marrow (> 30%) with blasts (< 30%), basophils in PB (≥ 20%), persistent thrombocytopenia (< 100 × 109/L) that was unrelated to therapy, and/or chromosomal abnormalities (ACA-AP) in addition to the Philadelphia chromosome (Ph+) at diagnosis.

Overall survival (OS), progression-free survival (PFS), and failure-free survival (FFS) — the latter of which was defined as progression to blast crisis, death, loss of any previous response, or discontinuation of TKI2 as a result of toxicity — were analyzed at TKI2 initiation.

However, in contrast, twice as many patients with an ACA-AP status achieved a deep molecular response compared with HEM-AP patients (66% vs 33%, P = .013, Fisher test).

In conclusion, Dr Basalt stressed that allo-SCT should not be considered as first-line treatment in AP-CML, and that TKI2s as primary therapies “counterbalance the negative impact of this advanced disease.”

Disclosure: The presenters received financial support from various pharmaceutical companies related to this research. For a full list of disclosures, please review the original abstract. 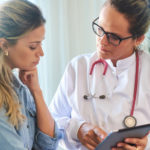