CAR-T therapy has improved remission rates in patients with CD19-positive NHL and B-ALL, but toxicities and NRM are poorly understood in real-world settings, a research team noted in a poster presented at the 61st American Society of Hematology (ASH) Annual Meeting and Exposition held in Orlando, Florida.

“CAR-T has created a paradigm shift in r/r NHL/B-ALL management,” the investigators wrote. “As it becomes a standard treatment modality, a better understanding of NRM and contributing toxicities becomes paramount in order to improve patient outcomes.”

The team, led by Ethan Burns, MD, of the Houston Methodist Hospital in Houston, Texas, attempted to track events leading to NRM across the FAERS database. They calculated NRM at 30 days or fewer, as well as overall NRM, among patients who received tisagenlecleucel (T) and axicabtagene ciloleucel (AC) between January 2013 and June 2019.

A limitation of using FAERS data is that “cases that are reported include both clinical trials and standard of case, so while this report is comprehensive, it is not all-encompassing,” the investigators reported. They also mentioned the inability to delineate grade of toxicity and “to carry out competing risk analysis” as limitations of using the database.

The team compared the NRM data from FAERS with those from the MD Anderson CAR-T Lymphoma cohort (MDACC-L) and the pivotal ZUMA-1, JULIET, and ELIANA studies.

In addition, for the MDACC-L cohort, the investigators performed a competing risk analysis using cumulative incidence function (CIF) between NRM and disease progression for AC, specifically. They compared the proportion of reported events leading to NRM in FAERS and MDACC-L.

The competing risk analysis for MDACC-L using the CIF for NRM was 2.74% when progression was used as a competing event. They also noted on the poster, “With FAERS, a greater proportion of CRS (P =.012) occurred with AC.”

“The lower proportion of NRM in the MDACC-L cohort after using progression as a competing event may be related to improved management strategies,” they also wrote. “NRM should be reported prospectively and with utilization of a competing risk analysis in future studies.” 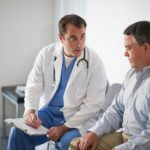