Increased Medicaid eligibility is associated with a higher cancer survival rate, according to research being presented at the 2021 American Society of Clinical Oncology (ASCO) Annual Meeting.1

The 2014 Affordable Care Act allowed states to increase eligibility limits for non-elderly adults by up to 138% of the Federal Poverty Level (FPL), but not all states have expanded Medicaid eligibility to this degree.

To determine whether Medicaid eligibility expansion predicts survival outcomes in the oncology setting, Zhao and colleagues analyzed data from 1,426,657 patients in the National Cancer Database. The patients, aged 18 to 64 years, were diagnosed with 1 of 17 common cancers between 2010 and 2013.

Patients living in states with lower eligibility limits had worse survival rates. This was true regardless of whether their cancer was diagnosed at a late or early stage.

“To date, little has been known about the effects of Medicaid income eligibility limits on cancer outcomes,” Zhao said in a press release.2 “Our research provides strong evidence that state expansion of Medicaid is associated with better long-term survival among newly diagnosed cancer patients.”

Disclosures: One study author declared affiliations with a pharmaceutical company. Please see the original reference for a full list of authors’ disclosures. 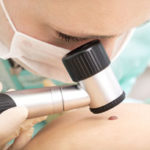