Chemoradiotherapy can allow some patients with early rectal cancer to avoid surgery, and those who ultimately need surgery can be salvaged without compromising their chance of cure, according to a presentation at the 2023 ASCO Gastrointestinal Cancers Symposium.

The OPERA trial (ClinicalTrials.gov Identifier: NCT02505750) included 141 evaluable patients with cT2-cT3a/b rectal cancer. They had a median age of 68 years at baseline, and 61% were men.

About half of patients (n=69) were randomly assigned to receive standard care, which was EBRT (45 Gy in 25 fractions over 5 weeks) plus 825 mg/m2 of capecitabine (EBCRT) and a boost of EBRT (9 Gy in 5 fractions over 5 days).

The other half of patients (n=72) were assigned to receive EBCRT and a boost of CBX (90 Gy in 3 fractions over 4 weeks). The treatment sequence in this arm was stratified by tumor size. Patients with tumors smaller than 3 cm received the CBX boost first, while patients with tumors measuring 3 cm or larger received EBCRT first.

Patients were evaluated for response at weeks 14, 20, and 24 after treatment. Patients who had a clinical complete response (cCR) underwent watch and wait. Total mesorectal excision (TME) or local excision was offered as an option to patients with residual disease or recurrence after cCR. The median follow-up was 38.2 months.

“In conclusion, the OPERA data at 3 years suggest that nonsurgical treatment for rectal cancer is feasible, and those who needed surgery can be salvaged without compromising their chance of cure,” said study presenter Arthur Sun Myint, FRCP, FRCR, of the Clatterbridge Cancer Centre in Merseyside, UK.

Organ preservation was also significantly improved with CXB initiated before EBCRT in tumors smaller than 3 cm, and Dr Sun Myint said this approach should be discussed with patients who want to avoid surgery and a stoma. 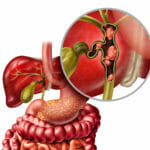