The addition of regorafenib to best supportive care improves outcomes in patients with advanced, refractory gastric or gastroesophageal junction (GEJ) cancer, according to results from a phase 3 trial presented at the 2023 ASCO Gastrointestinal Cancers Symposium.

INTEGRATE IIa included 251 patients with advanced gastric/GEJ cancer who had received at least 2 prior lines of treatment, including a platinum agent and a fluoropyrimidine analogue.

There were no fatal AEs in the placebo arm and 3 in the regorafenib arm. The cause of death was hepatic failure in 1 patient and sepsis in 2 patients.

These results suggest regorafenib is a new treatment option for these patients, Dr Pavlakis said. He added that the INTEGRATE IIb trial (ClinicalTrials.gov Identifier: NCT04879368) is ongoing. 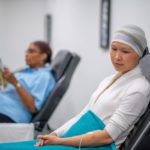