The administration of stereotactic body radiation therapy (SBRT) prior to sorafenib may improve outcomes in patients with advanced hepatocellular carcinoma (HCC), according to research presented at the 2023 ASCO Gastrointestinal Cancers Symposium.

The trial (ClinicalTrials.gov Identifier: NCT01730937) included 177 patients with locally advanced HCC and any degree of vascular invasion who were not candidates for standard therapy. The patients’ median age was 66 (range, 27-84) years. The median tumor volume was 180 cc (interquartile range, 72-409 cc), and the median sum of tumor diameter was 7.8 cm (range, 1-19.1 cm).

The SBRT arm had a longer median treatment duration than the monotherapy arm (5.1 months and 2.7 months, respectively). The median daily dose of sorafenib was lower in the SBRT arm as well (371 mg and 500 mg, respectively).

“This adds to the body of evidence for the role of external beam radiation, bringing SBRT to our armamentarium of treatment options for patients,” she added. 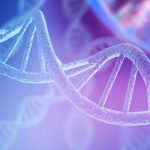