The phase 3 trial (ClinicalTrials.gov Identifier: NCT01444820) included 329 patients with high-risk prostate cancer who were randomly assigned to undergo HFRT (n=164) or CFRT (n=165), each in combination with ADT.

The incidence of late grade 1 genitourinary (GU) AEs was similar between the treatment arms, but the rate of late grade 2 GU AEs was significantly higher with CFRT (P =.035). There was 1 late grade 3 GU AE in the HFRT arm, and there were 3 in the CFRT arm. There were no late grade 4 GU AEs.

HFRT using 68 Gy in 25 fractions is as effective as CFRT using 76 Gy in 38 fractions, with similar and acceptable toxicity, Dr Niazi concluded. 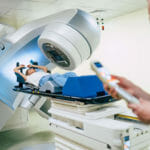