Although endocrine therapy has been the standard of care for HR+/HER2- breast cancer, cyclin-D and cyclin-dependent kinase (CDK) dysregulation-driven resistance to this treatment occurs at very high rates among patients.

In the double-blinded phase 3 MONALEESA-2 trial (ClinicalTrials.gov Identifier: NCT01958021), researchers randomly assigned 668 postmenopausal women with HR+/HER2- advanced breast cancer who had not been previously treated for advanced disease to receive ribociclib plus letrozole or placebo plus letrozole.

An interim analysis of the MONALESSA-2 study demonstrated that ribociclib plus letrozole significantly prolonged PFS compared with placebo plus letrozole. Median PFS was not reached compared with 14.7 months (hazard ratio [HR], 0.556; 95% CI, 0.429-0.720; P = .00000329) among patients treated with ribociclib and letrozole vs placebo and letrozole, respectively. Overall survival (OS) data was not mature at the time of the interim analysis.

The most frequently reported grade 3 to 4 adverse events were neutropenia, decreased neutrophil count, and leukopenia. Overall, the safety profile of ribociclib plus letrozole in this analysis remained consistent with that seen in the first interim assessment. 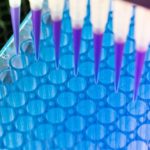