Ramucirumab prolonged progression-free survival (PFS) and overall survival (OS) in patients with relapsed/refractory hepatocellular carcinoma (HCC), according to a pooled analysis of the REACH and REACH-2 data presented at the ESMO World Congress on Gastrointestinal Cancer 2018.1

Both REACH and REACH-2 (ClinicalTrials.gov Identifier: NCT01140347 and NCT02435433, respectively) were multicenter, phase 3 studies that evaluated ramucirumab versus placebo in patients with HCC after progression during or after sorafenib. Though both trials had similar eligibility criteria, REACH-2 only included patients with baseline alpha fetoprotein (AFP) greater than or equal to 400 ng/mL. Both trials met their primary endpoints of improved OS compared with placebo. The purpose of this study was to analyze outcomes from the pooled data from both trials.

The pooled analysis included 542 patients, who had similar baseline characteristics between the ramucirumab and placebo groups, including baseline AFP levels.

Outcomes of the pooled data were similar to those observed in the individual trials. The objective response rate was 5.4% with ramucirumab and 0.9% with placebo, with a disease control rates of 56.3% and 37.2%, respectively.

Discontinuation due to treatment-related adverse effects (TRAEs) occurred more frequently with ramucirumab at 9.5% compared with 3.6% with placebo. The most common grade 3 or higher TRAEs that occurred with ramucirumab or placebo were hypertension (12.0% vs 3.6%) and hyponatremia (5.1% vs 2.2%).

The authors concluded that the pooled analysis of the REACH and REACH-2 trials confirms the benefit of second-line ramucirumab in patients with HCC with a baseline AFP greater than or  equal to 400 ng/mL. 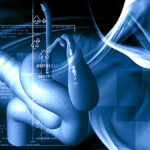