5-fluorouracil (5-FU, similar to capecitabine) acts synergistically with temozolomide; oral 5-FU followed by CAPTEM administration dramatically improves the antitumor activity of temozolomide, by up to 400%, the investigators reported. Administering capecitabine first and then temozolomide maximized efficacy, they noted.

“In this study we’re seeing patients who had been given 6 months to live that are still alive 8 years after starting CAPTEM,” reported lead author Robert Fine, MD, associate professor of medicine at New York Presbyterian Hospital-Columbia University Medical Center in New York, NY. “The regimen was effective even in patients with tumors that hadn’t responded to any other standard treatment, including chemotherapy, high-dose octreotide, small molecule inhibitors, radiation or surgery.”

High response rates were seen even in carcinoid and pituitary tumors, types of neuroendocrine tumor that are notoriously chemoresistant.

Tumor size decreased in 43% of patients overall, and tumor growth halted in another 54% of patients, compared to a typical response rate for chemotherapy of up to 4%, Dr. Fine noted.

Neuroendocrine tumors originate in hormone-producing cells and are slow-growing and typically resistant to chemotherapy. Up to 9,000 people are newly diagnosed with these tumors each year in the United States. Because these tumors are typically asymptomatic until they are quite large, neuroendocrine tumors are commonly diagnosed at advanced stages. 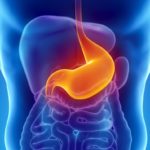