“We are in a completely new era because we now have a biologic therapy, sipuleucel-T, two hormonal agents, AA and enzalutamide, and a second cytotoxic, cabazitaxel, that have been shown to prolong life, and all four agents are approved.  We also have a bone targeting agent shown to prolong life, which is under regulatory review.  The challenge now is to understand which patients are most likely to benefit from one form of therapy versus another before they are administered, and how best to sequence them so that patient outcomes are maximized,” said Dr. Scher in an interview with ChemotherapyAdvisor.com. 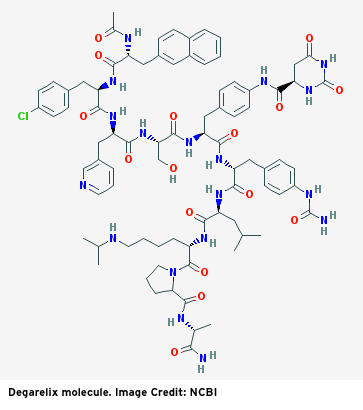 Degarelix appears to offer better disease control than LHRH agonists.  A new analysis of six comparative randomized clinical trials supports the preferential use of degarelix as a first-line hormonal therapy for the treatment of men with prostate cancer.  The analysis, also presented at the Genitourinary Cancers Symposium, looked at the efficacy (including OS), tolerability, and disease-related adverse events of pooled data from these six phase III/IIIb trials.

Results of a phase III study (CS21) compared degarelix and leuprolide and indicated differences in disease control–related outcomes for degarelix and LHRH agonists.4 In this study, degarelix significantly improved PSA progression-free survival compared with leuprolide.  It also suppressed serum alkaline phosphatase (S-ALP) to lower levels in patients with baseline metastatic disease. This study showed there were more injection-site reactions with degarelix; however, there were more frequent musculoskeletal and urinary tract adverse events  in patients treated with leuprolide.

“If you look at a number of different parameters, degarelix is superior to LHRH agonists when measuring PSA fall, urinary tract infections, skeletal pain, and alkaline phosphatase levels,” described Dr. Crawford.   “The downside is that it is a monthly injection and all the other ones we currently use are 3-month, 4-month, and 6 month injections.”

The pooled data from the six prospective, comparative randomized trials included 2,328 patients.  The vast majority (N=1,686) received 1 year of LHRH agonist treatment or degarelix.  The other patients (N=642) received 3 to 7 months of treatment.  Significantly improved PSA PFS in patients with baseline PSA higher than 50 ng/mL resulted in longer OS in patients on degarelix than patients receiving an LHRH antagonist over a period of 12 months.