Previously, the phase 3 CA184-043 study (NCT00861614) did not reach statistical significance for its primary endpoint, OS (hazard ratio [HR], 0.85; P = 0.053). However, based on antitumor activity observed in other efficacy endpoints, such as progression-free survival, subset analyses were performed to determine if any prognostic features could identify patients more likely to benefit from treatment with ipilimumab, noted Charles G. Drake, MD, PhD, assistant professor, oncology, immunology, and urology at The Sidney Kimmel Comprehensive Cancer Center at Johns Hopkins, Baltimore, MD, and colleagues.

In the study, 799 patients with mCRPC were randomly assigned to receive a single dose of RT followed by either ipilimumab (n = 399) or placebo (n = 400). The subset analyses, performed using known prognostic factors for OS in mCRPC, found that having no visceral disease, an alkaline phosphatase level less than 1.5 times the upper limit of normal (ULN), and hemoglobin 11 g/dL or higher all favored treatment with ipilimumab.

Patients also had a longer median OS if they were younger (vs. older) than 70 years of age, had an Eastern Cooperative Oncology Group performance status of 0 (vs. 1), and had a lactate dehydrogenase level greater than or equal to twice the ULN.

Dr. Drake concluded that these results support continued investigation of ipilimumab in the ongoing study in patients with mCRPC who previously have received docetaxel. The estimated study completion date is February 2017. 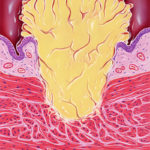